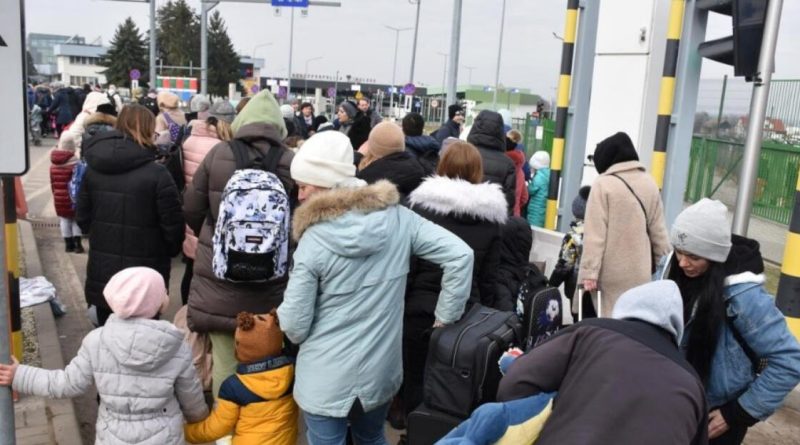 In just seven days, one million people have fled Ukraine, UN High Commissioner for Refugees Filippo Grandi said on March 3, a week since the beginning of Russia’s current invasion of Ukraine ordered by Vladimir Putin.

“I have worked in refugee emergencies for almost 40 years, and rarely have I seen an exodus as rapid as this one,” Grandi said.

Unless there is an immediate end to the conflict, millions more are likely to be forced to flee Ukraine, he said.

“Inside Ukraine, our staff – and other humanitarians – are working where and when they can in frightening conditions. Our staff stay, even at great risk, because we know the needs in the country are huge,” Grandi said.

He said that despite the extraordinary pace and challenges, the response from governments and local communities in receiving this one million refugees had been remarkable.

A statement by the Council of the EU said that the bloc’s finance and economy ministers had discussed on March 2 the current state of play of implementation of the sanctions, as well as the consequences of those sanctions on European economies.

The European Commission presented its preliminary analysis of the impact of the measures on Russia in terms of financial markets, currency, its central bank and its commercial banking system.

The ministers agreed to coordinate national measures, as was done during the Covid crisis, to protect Europeans and European companies, in the context of higher energy prices, the statement said.

Member states agreed to further investigate actions to avoid any circumvention of the sanctions, especially by the use of crypto assets.

The EU ministers agreed to increase the financial support to Ukraine and further coordinate with the IMF, EBRD, EIB and other multilateral development banks.

A separate statement said that EU agriculture ministers held a special meeting via videoconference to discuss the risk of significant pressures facing the agriculture and agri-food sectors in the wake of the Ukraine invasion.

The aim of the meeting was to share initial information and forecasts on supply and prices, identify issues requiring particular vigilance, and consider measures that could be taken both internally and in terms of international cooperation, the statement said.

After the meeting, EU Agriculture Commission Janusz Wojciechowski said that he would activate crisis monitoring tools.

Wojciechowski said that he would consider introducing exceptional measures under the Common Market Organisation (CMO) regulation aimed at the sectors most affected by the rise in input costs.

He said that he would consider adopting measures aimed at securing and freeing up Europe’s production capacity in 2022, such as using fallow land for protein crops.

These measures will be discussed by the Special Committee on Agriculture as well as at the next Agriculture and Fisheries Council on March 21, the statement said.