Bulgaria granted citizenship to 17 097 people in 2021, according to a report posted on the presidency’s website.

Of this total, 15 171 people received Bulgarian citizenship on the grounds of having Bulgarian origins, a Bulgarian parent or other grounds for naturalisation, while 1926 people had their citizenship restored, the report said.

The report said that Bulgarian citizenship was granted to 482 people from 55 other countries.

Bulgarian citizenship was granted to 31 people who were stateless.

The report said that in 2021, a total of 188 were released from their Bulgarian citizenship. This happens in cases where a person applies for the citizenship of another country that does not allow dual nationality.

The citizenship of 10 people was cancelled because it had been established that they had concealed information that would have barred them from being granted citizenship.

The report said that grounds for cancellation of citizenship included bans on entry to and residence in the Schengen zone, concealment of criminal convictions, being wanted by Interpol, and failure to maintain investments cited as grounds for applying for citizenship.

Nine people received “golden passports”, the term used for citizenship granted on the basis of investment.

Currently, proposed legislation is being processed by Bulgaria’s Parliament to scrap the “golden passport” system. There are differing versions of the amendment bill, yet to reach second reading stage in the House.

Fifteen people were granted Bulgarian citizenship on the grounds of special merits, the report said. 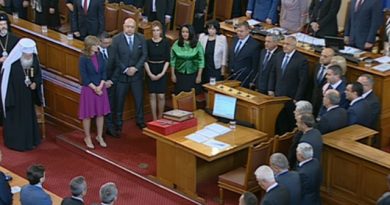