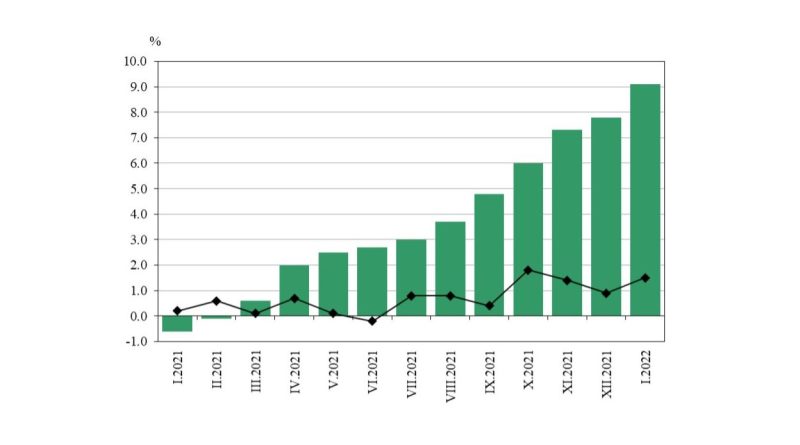 This was the highest year-on-year increase in consumer prices since November 2008, when it was also 9.1 per cent, and marked a sharp increase over the course of last year, which began with Bulgaria’s annual CPI recording 0.6 per cent deflation in January 2021.

Monthly inflation in January was 1.5 per cent, compared to 0.9 per cent recorded in December 2021.

Food prices in January were 2.4 per cent higher compared to the previous month, while non-food prices rose by 0.6 per cent and services prices increased by 1.4 per cent.

Compared to January 2021, food prices were 10.9 per cent higher, while non-food and services prices rose by 10 per cent and 5.9 per cent, respectively.

The harmonised CPI figure, calculated by NSI for comparison with European Union data, rose by 1.2 per cent on a monthly basis in January, while the annual harmonised CPI inflation was 7.7 per cent.

This was also the highest year-on-year increase in the harmonised CPI since November 2008, when the figure was 8.8 per cent.

Food and beverage prices were 10.5 per cent higher, on an annual basis, while the price of utilities and housing increased by 12.4 per cent and transportation costs were 16.3 per cent higher compared to January 2021. The three categories account for about 48.3 per cent of the harmonised CPI basket.

Beyond the Covid-19 pandemic’s impact on the inflation indicator, it limited NSI’s ability to collect the data, with the statistics body saying that it had to extrapolate about two per cent of the total CPI and harmonised CPI, compared to one per cent a month earlier. 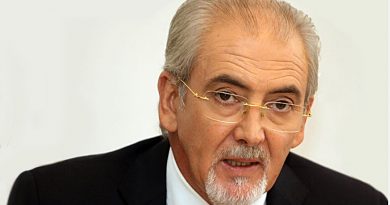 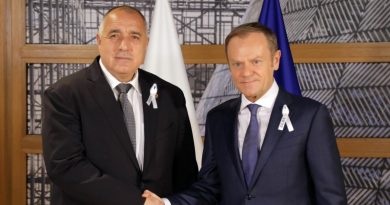