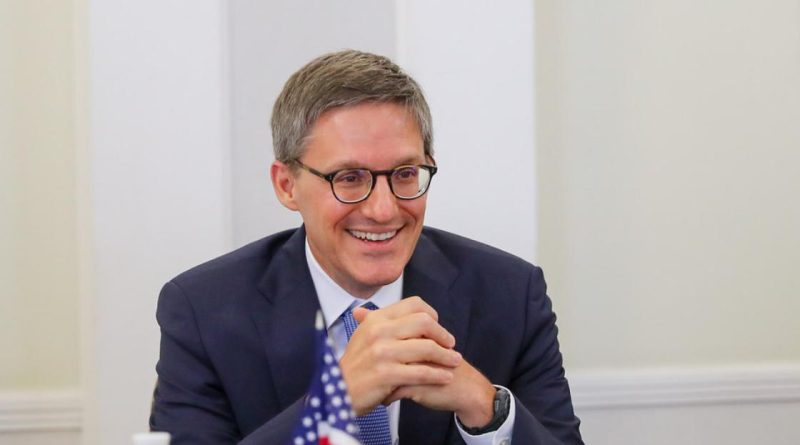 US State Department counsellor Derek Chollet is to lead an inter-agency delegation to Sofia, Bucharest, and Brussels from February 7 to 11 to engage with Washington’s partners in Europe on a range of issues, and to consult with Nato Allies and the European Union partners on Russian aggression towards Ukraine, the State Department said on February 4.

The State Department said that Chollet’s trip “is a continuation of the extensive diplomacy undertaken with our European Allies and partners in support of a united approach to Russia’s unprovoked military build-up along Ukraine’s borders and our joint efforts to encourage Russia to choose diplomacy and de-escalation”.

Chollet will meet with members of Bulgaria’s new government to continue the strategic dialogue talks begun in January 2020 on security, energy, and the rule of law, the statement said.

In Romania, he will reaffirm the importance of the US-Romania Strategic Partnership in addressing common threats and challenges, particularly with regard to US troop deployments to help defend European allies in light of Russia’s military buildup on Ukraine’s borders.

Following the recent invitations to Bulgaria and Romania to begin accession to the Organization for Economic Cooperation and Development, he will offer US support to the governments in their economic reform and anti-corruption efforts, the State Department said.

Chollet will then travel to Belgium to meet with Nato and EU officials to discuss recent diplomatic engagements with Russia and joint efforts to deter further Russian aggression against Ukraine, including Allies’ and partners’ readiness to impose massive consequences and severe economic costs on Russia.

“Throughout his trip, (Chollet) will reaffirm our ironclad commitment to Nato and our Allies and discuss how the United States can continue to support Nato countries, particularly on the eastern flank,” the statement said.