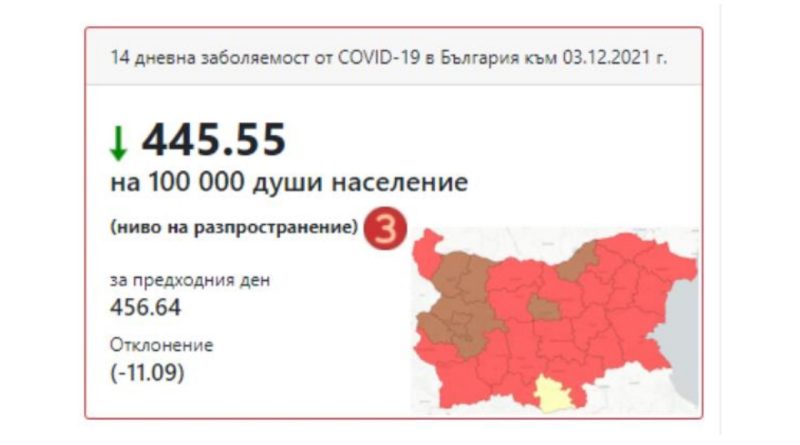 Seven out of the 28 districts in Bulgaria are Covid-19 dark red zones, meaning a morbidity rate of 500 or more out of 100 000 population on a 14-day basis, according to the December 3 update by the National Centre for Infectious and Parasitic Diseases.

The update said that Bulgaria’s national Covid-19 morbidity rate was 445.55 out of 100 000 population, down from 456.64 on December 2. This places the country within the red zone category.

(Map, with the dark red zones coloured in brown: National Centre for Infectious and Parasitic Diseases)