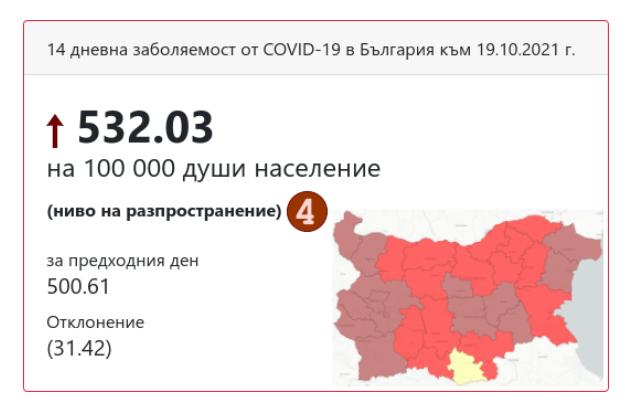 Thirteen out of the 28 districts in Bulgaria are Covid-19 dark red zones, meaning a morbidity rate of 500 or more out of 100 000 population, according to an update by the unified information portal for the 14-day period up to October 19.

Nationally, Bulgaria is above the dark red zone threshold for the second consecutive day, with a morbidity rate of 532.03 out of 100 000 population, according to the update.

Yambol returned to the dark red zone category after the October 18 report showed it as a red zone, meaning a morbidity rate of 250 to 499.9 per 100 000 population. The other district to newly become a dark red zone was Blagoevgrad.

In all, 14 districts in Bulgaria are now Covid-19 red zones.

There is only one district classified as a yellow zone, Kurdzhali, at 128.12 per 100 000 population. On October 18, it had been one of two yellow zone districts, with Pleven. 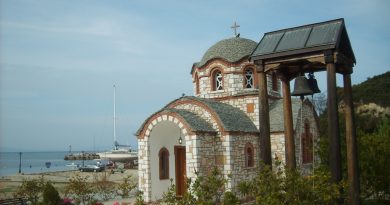