More than 5.1 million people, about 74.8 per cent of Bulgaria’s estimated population, have been counted in the country’s 2021 census as the October 10 closing date looms, National Statistical Insitute (NSI) officials told a news conference on October 5.

As of October 4, enumerators had counted 2 771 000 people, while 2 404 000 had been counted in the online phase of the census, according to Magdalena Kostova, head of the demographic and social statistics department of the NSI.

Earlier on October 5, there were reports that a man in the village of Yardzhilovtsi in the Pernik district had fired a shot at an enumerator.

Bulgarian National Television said that injured enumerator had declined to speak to the media.

NSI head Sergei Tsvetarski said that the institute had learnt about the incident from the media.

“The woman went to the address to perform the count, she identified herself, however, a shot was fired with a gas pistol,” he said. Tsvetarski said that incident was unacceptable and he expressed hope that prosecution would ensue.

Tsvetarski told the news conference that a very high percentage of enumerators who months ago had been hired had refused to perform the work for which they had been contracted. The main reason was the Covid-19 pandemic.

In Sofia, there were fewer than 600 enumerators, he said. Where possible, replacements had been found for enumerators who had failed to take up their posts.

Tsvetarski argued against a further extension of the census process. At first, the online phase was extended following serious technical problems, and later, the caretaker government agreed to an NSI proposal to extend the closing date for the in-person phase from the initial October 3 to the current October 10.

He said that there was no point in a further extension, because those who had left participation in the census would simply do so again. Extending the deadline also raised the risk of the data gathered not being current, Tsvetarski said.

He said that if people had not been visited by an enumerator, they could go to one of the temporary help centres, the number of which was increased as of October 5.

At the centres, officials will assist the public in completing the census form.

The NSI said that people also could print out the census form at https://census2021.bg/ in the section marked “Обща информация”.

After completing the form, there are three options. One is to scan it and e-mail it to [email protected], the second to post it to the NSI Support Centre at 2 Panayot Volov Street, Sofia 1038, or to hand it in person.

A list of support centres may be found at this link. 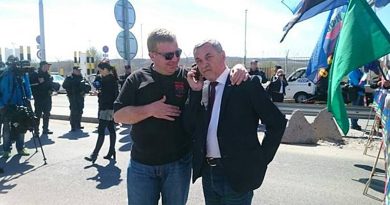