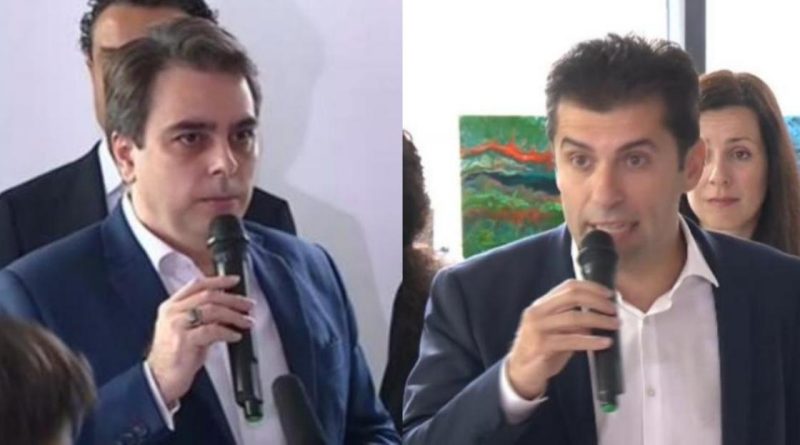 Two former ministers in Bulgaria’s May-September 2021 caretaker cabinet presented their new political party on September 19, saying that they were in talks with seven to eight other parties about a coalition ahead of the country’s November early parliamentary elections.

Assen Vassilev, who held the finance portfolio, and Kiril Petkov, who was caretaker economy minister in the interim administration appointed by President Roumen Radev, said that the party’s name was “We Continue the Change”.

Opinion polls in recent days have seen the party as having a high chance of winning seats in the next National Assembly. However, the party would not have enough time to complete the registration process, which is why it must seek an electoral coalition.

Petkov told a news conference: “You all know that in the past four months we started the change and had specific and clear goals”.

He said that the first goal had been to stop corruption and theft, “a good example was Bulgarian Development Bank”.

The second goal was to free small and medium businesses to work smoothly. The National Revenue Agency had shifted its priorities from “small shops” to large companies with large public procurements.

The third was to attract high-tech investments. “You saw that in just four months we attracted a large electric car plant to Lovech,” Petkov said.

The fourth priority was fairer distribution of wealth, he said. “The Budget (revision) has shown just that, when we can both reduce the deficit and distribute funds among retirees, people in health care and education”.

“You know us. We are not adding anything new here, we want to continue these four months in the next four years,” Petkov said.

He said that the criteria for the people in the party were that they should have a good career outside of politics, be independent people, who had not been in more than one party “apart from this coalition” and each would sign a “contract of integrity” that they had no hidden funds.

Most of the team of the new formation were young people who had qualified abroad, Petkov said.

Vassilev said that because there had been a lot of questions about whether the party was on the left, right or in the centre “it might be good to say what we believe in”.

“The truth is that taxes in Bulgaria are high enough. They do not need to be touched. There are enough receipts in the treasury, especially if the National Revenue Agency goes to the big companies and collects them,” Vassilev said.

“There is enough income to have a normal education, normal health care, to take care of the elderly and to build a normal infrastructure.

“The point is that all control mechanisms are off. There is no control over how the money is spent. Much of the money is spent without public procurement. We pay triple and quadruple for simple things,” he said.

“If we start paying the real value and start asking for the real quality, we will have an extremely rich and prosperous country. Which provides an equal start to all, in which you can get a good education without going to private lessons. This is not a utopia. I have received such an education,” Vassilev said.

“If Bulgaria starts to develop in this direction, we will see many more young people who will start to return, because the truth is that we miss Bulgaria. We have all lived abroad, but we like it here the most,” he said.

The party, which denies being a front for Radev, said that it would support him in the November 14 presidential election, being held on the same day as this year’s third parliamentary election.