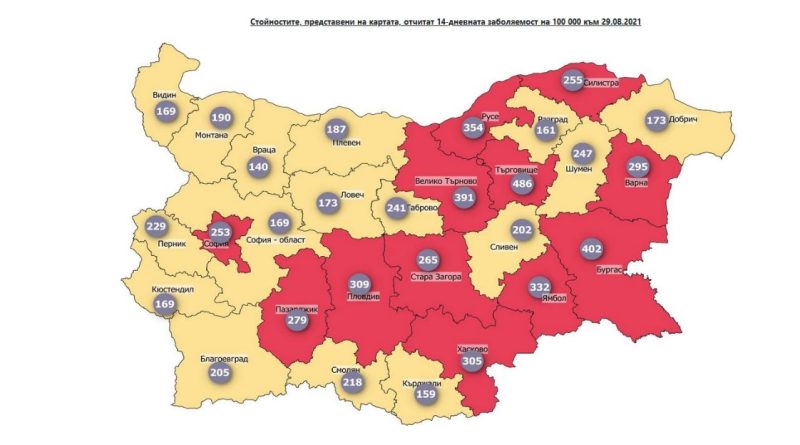 Twelve out of the 28 districts in Bulgaria are Covid-19 red zones, meaning a morbidity rate between 250 and 499.9 per 100 000 population, according to the report by the National Centre for Infectious and Parasitic Diseases (NCIPD) for the two-week period ending August 29.

This is in contrast to the previous weekly report that showed two districts as red zones.

The threshold to be declared a “deep red” zone, according to the classifications introduced by Bulgaria’s Health Ministry in July, is an infection rate exceeding 500 per 100 000 population.

The NCIPD report said that the infection rate in the city of Sofia was 253 per 100 000 population.

The remaining 16 districts in Bulgaria are Covid-19 yellow zones, meaning an infection rate between 100 and 249.9 per 100 000 population, according to the August 31 report by the NCIPD.

A separate update by the NCIPD showed that the national Covid-19 infection rate in Bulgaria, as of August 31, was 276.93 per 100 000 population, over the red zone threshold. 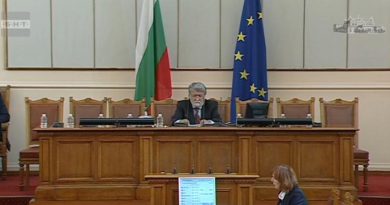