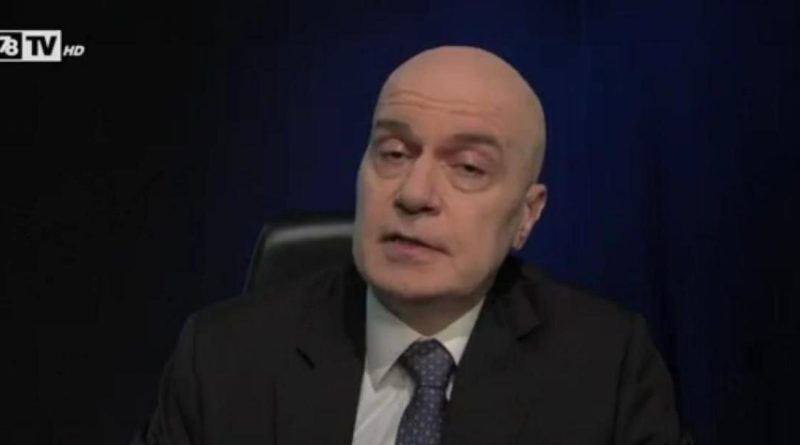 ITN leader Slavi Trifonov’s announcement on Facebook and his cable television channel of his proposed government and its priorities has met with outrage from other parties elected to the next Parliament, not only for its content but for the choice of platform for the announcement.

As The Sofia Globe reported, Trifonov made the announcement on the morning after the July 11 early parliamentary elections, before the results of those elections had firmed up.

Currently, with 99.95 of ballots tallied as of July 13, ITN has 24 per cent, ahead of Boiko Borissov’s GERB-UDF coalition, which has 23.52 per cent. Trifonov’s party will be first in the queue to receive a mandate to form a government.

Borissov has derided Trifonov’s announcement as part of a scenario to keep the caretaker government appointed by President Roumen Radev in office. The GERB leader said that he would wait and see if any party supported Trifonov’s proposal, likening them to “loose women” if they did so.

Bulgarian Socialist Party leader Kornelia Ninova, whose party ran third with about 13.4 per cent of the vote, told a July 13 briefing that her party would not support the government proposed by ITN.

Ninova said that the priorities listed by Trifonov did not match any of the BSP’s goals.

She also objected to Trifonov’s choice to announce the proposal on Facebook and cable TV.

Ninova likened Trifonov’s use of Facebook to Borissov’s habit of addressing the public via the social network from the driving seat of his 4×4: “Without dialogue, instead of the jeep, Facebook”.

“We have not fought for so many years to replace one authoritarian model with another,” she said.

The BSP would seek to propose a government if it got the chance to do so, Ninova said.

“If the third mandate is handed to us by President Radev, we will not return it immediately. We will start open transparent talks with all parties, we will set national priorities at the table and we will try to propose a cabinet,” she said, adding that Bulgarians did not want to have to have elections yet again.

Hristo Ivanov, co-leader of the Democratic Bulgaria coalition – one of the three “protest parties” including ITN and “Rise Up! Mobsters Out!” – implied that the idea proposed by Trifonov led to suspicions of a backstage deal with the Movement for Rights and Freedoms.

Ivanov told Radio Free Europe that it was completely “obvious that people neither protested nor voted for such an approach”.

“Obviously Slavi Trifonov does not rely on our support, it seems that he relies on someone else,” Ivanov said.

“When Parliament convenes, we will initiate talks to form a majority around the reform of the judiciary, the removal of Ivan Geshev from the post of Prosecutor-General, lustration and our firm determination to stop the MRF’s influence on Bulgaria’s government,” he said.

Ivanov said that these priorities clearly precluded the return of the formula of the Saxe-Coburg party and the 2005/09 tripartite government (of Saxe-Coburg’s party, the BSP and the MRF) to power.

Maya Manolova of “Rise Up! Mobsters Out!” said that the coalition wanted a government elected, that was stable, arrived at in the spotlight, not through backstage deals.

“But at the moment, it is a list announced in a televised statement, not the parliamentary procedure for handing over a mandate to form a government. We want the authority of parliamentarism and the parliamentary republic to return…not to replace it with a TV and Facebook republic,” Manolova said.

“The rule of law applies to all. The rules apply to everyone. The rule is to announce the results of the elections, to convene the National Assembly, to give a mandate to the winner to form a government, after which its composition will be announced. This is the rule of law. This has not yet happened.

“When it happens, when everyone abides by the constitution, then we will participate in the parliamentary debate on the new government,” she said.

Manolova said that the government should be formed “in full publicity” and there should be no shadow of doubt about behind the scenes and a second centre of power, that had drafted the list of ministers.

Nikolai Hadzhigenov, also of “Rise Up! Mobsters Out!” said that the way that Trifonov had announced his intended government left an extremely unpleasant impression.

Hadzhigenov, who ahead of Manolova had coined the term “Facebook Republic” in regard to Trifonov’s actions, also likened them to Borissov’s approach over the past 12 years.

He said that Trifonov’s proposal had been thrown at the other opposition forces: “Do it or die”.

“Twelve years of GERB was enough for me – if this government is introduced in Parliament in the proper way, it will be discussed and we will have an opinion. But if it’s just fun, some chewing gum, some PR move or a particularly cunning move, thank you – I do not participate in circuses,” Hadzhigenov said.

Trifonov, responding in a lengthy post on Facebook, said: “Our proposal for a government is neither Borissov’s nor (MRF founder Ahmed) Dogan’s”.

The ITN leader said that his party would not repeat the model imposed by Borissov and Dogan, of sharing out the portions.

Responding to criticism that the nomination of Nikolai Vassilev – twice a deputy prime minister from Saxe-Coburg’s party, the National Movement for Stability and Progress – meant that the government proposed by ITN was “NMSP 2”, Trifonov was sarcastic.

“Since Hristo Ivanov was Boiko Borissov’s minister, does this mean that (Ivanov’s party) Yes Bulgaria is GERB 2? After GERB’s candidate for Prime Minister Daniel Mitov was deputy chairman of the DSB party, which is now part of Democratic Bulgaria, does this mean that GERB is Democratic Bulgaria 2? And Maya Manolova, after being the Deputy Speaker from the BSP – what does that mean? “Rise Up! Mobsters Out!” is BSP 2?”

Trifonov said that the nomination for Prime Minister and all of ITN’s proposals were based on “expert qualities”.

“We offer people who can do the job. After all, isn’t that the only goal for a government? To do the job,” Trifonov said. 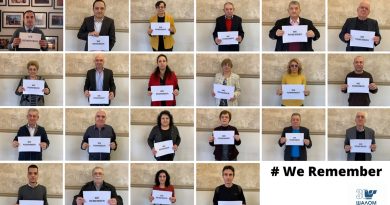