The Council of the EU decided on June 21 to renew sanctions introduced in response to the illegal annexation of Crimea and Sevastopol by Russia for a further year until June 23 2022, the Council said.

Exports of certain goods and technologies to Crimean companies or for use in Crimea in the transport, telecommunications and energy sectors or for the prospecting, exploration and production of oil, gas and mineral resources are also subject to EU restrictions.

The EU does not recognise the illegal annexation of Crimea and Sevastopol by the Russian Federation and continues to condemn this violation of international law, in line with the declaration by the High Representative for Foreign Affairs and Security Policy on behalf of the EU on March 16 2020, the Council said.

Sanctions were first introduced in June 2014 in response to the attempts to deliberately undermine Ukraine’s territorial integrity and destabilise the country, the statement said.

Other EU measures in place in response to the crisis in Ukraine include economic sanctions targeting specific sectors of the Russian economy and individual restrictive measures. 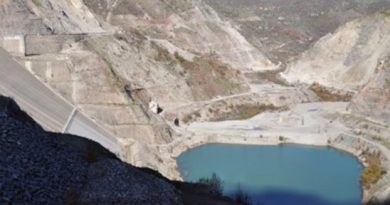 Trio of significant energy deals shaping up in Greece