In its latest change to the leadership of state and government institutions, Bulgaria’s caretaker cabinet on June 16 recommended to President Roumen Radev to fire the head of the State Intelligence Agency, Atanas Atanassov, nominating Antoan Gechev to replace him.

By its own description, the State Intelligence Agency (SIA) is a security service, which obtains, processes, analyses and provides the state leadership with intelligence, assessments, analyses and prognoses, related to the national security, interests and priorities of Bulgaria.

The spokesperson for the caretaker cabinet, Anton Kutev, said that under Atanassov, SIA had “ carried out its activities in violation of the presumption of objectivity, impartiality and political neutrality”.

SIA was required to provide the same volume and content of information to the President, Speaker of the National Assembly and the Prime Minister, but had not done so in the case of the President, Kutev said.

At the time that the caretaker government appointed by Radev took office in mid-May, Atanassov, along with the now-dismissed head of the State Agency for National Security Dimitar Georgiev, had received consent from outgoing Prime Minister Boiko Borissov to take long leave until late September.

Caretaker Prime Minister Stefan Yanev accused them of showing political bias by being unwilling to work with the interim administration.

Gechev, a colonel who between 2018 and 2020 was deputy head of military intelligence, is currently a military attaché at the Bulgarian embassy in Rome.

(Photo of the cabinet headquarters in Sofia: government.bg) 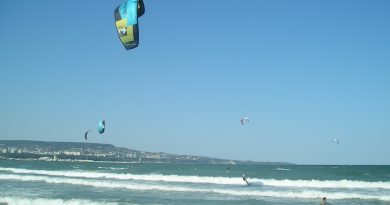