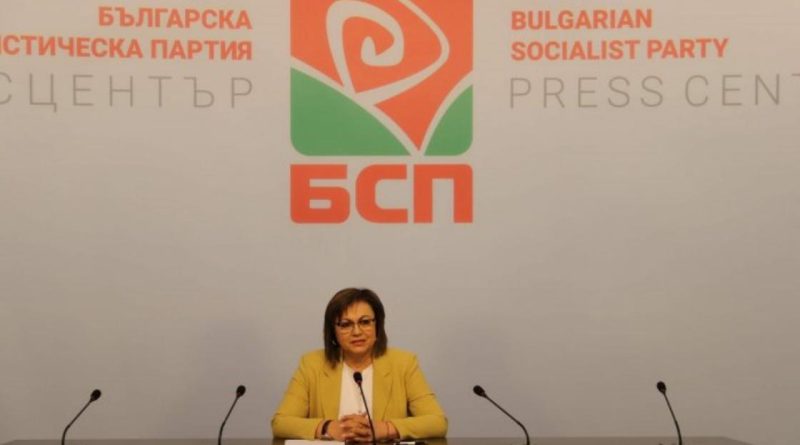 The Bulgarian Socialist Party (BSP) is to begin signing co-operation agreements with a number of small left-wing breakaway parties ahead of the July 11 parliamentary elections, BSP leader Kornelia Ninova said on May 21.

This follows two to three weeks of talks, held at her initiative, Ninova said.

“We are very ready with some of the parties and we will start signing agreements tomorrow,” she said, indicating that talks would still continue until May 26.

The parties with which the BSP will sign agreements are ABV, founded by former president of Bulgaria Georgi Purvanov and led by Roumen Petkov, Tatyana Doncheva’s Movement 21 and Georgi Kadiev’s Normal Bulgaria party. All three parties are led by former BSP members.

Ninova said that she had sought out the leaders of these parties, as well as others.

She said that in several meetings with the three parties “each of our formations presented its platform, its programme, we saw that they coincide to the highest degree”.

The group will stand in the elections under the “BSP for Bulgaria” banner, the name that Ninova’s parliamentary group has been using.

“This coalition is being created for the elections for the 46th National Assembly, but in the agreement we envisage the possibility for it to continue for other elections as well.”

She said that Purvanov and Petkov would not stand as parliamentary candidates.

In Bulgaria’s April 2021 parliamentary elections, the BSP ran third, with 15.01 per cent of the vote, losing the place as the second-largest group in Parliament that it had held for about two decades.

ABV got 0.46 of the vote, while Doncheva’s Movement 21 was part of the “Rise Up! Mobsters Out” electoral coalition, which won sufficient votes to get over the four per cent threshold for seats in the National Assembly.

Ninova said that she had not approached “Rise Up! Mobsters Out” co-leader Maya Manolova for talks ahead of the July elections. Manolova, also a former BSP MP, had refused talks with Ninova before the April elections, she said.