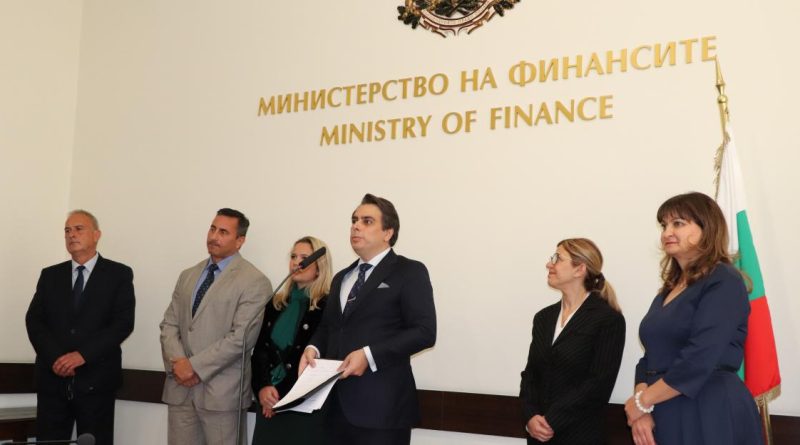 On its third day in office, Bulgaria’s caretaker government announced on May 14 the dismissal and replacement of the heads of the National Revenue Agency and the Customs Agency.

Revenue agency chief Galya Dimitrova, appointed in May 2017 by the third Borissov government, was fired and replaced with Roumen Spetsov.

A government media statement described Spetsov as “a highly qualified expert with more than 10 years experience at the National Revenue Agency, as well as expertise in the field of tax policy and legislation and the protection of national security”.

Caretaker Finance Minister Assen Vassilev said that Dimitrova had been fired because of what he described as consistent failure to properly do her duties.

Vassilev said that he had been surprised that Dimitrova had not been axed at the time of the 2019 data breach at the agency, and he criticised the agency’s underperformance in tax audit work.

He said that the Supreme Administrative Court had confirmed that the National Revenue Agency had acted illegally regarding the protection of personal data during the hacker attack, in which the names and addresses of millions of people in Bulgaria were leaked.

Vassilev made several recommendations to the new head of the National Revenue Agency, one of which was to stop “terrorising” small companies and focus on large taxpayers.

Georgi Kostov, also appointed by Borissov’s government in May 2017, was dismissed as head of the Customs Agency and replaced by Pavel Tonev.

Tonev headed the Customs Agency during the 2013/14 “Oresharski” administration.

Priorities for the Customs Agency will include a report by EU anti-fraud office OLAF regarding serious damage to the EU budget.

Bulgaria’s Finance Ministry received a letter from OLAF on May 13 informing that Bulgaria would have to reimburse 55 million euro to the EU budget.

Borissov’s GERB party held a news conference responding to these and other changes announced by the caretaker government, with former finance minister Kiril Ananiev saying that heads of key agencies had been fired for political reasons and without an analysis having been carried out.

Ananiev, who was caretaker finance minister in the Gerdzhikov administration in 2017, appointed by President Roumen Radev, told the news conference that when he was in that post, Radev had told him to fire the heads of the National Revenue Agency and Customs Agency.

Ananiev said that the May 14 dismissals would lead to a drop in revenue.

(Photo of Vassilev announcing the personnel changes: Ministry of Finance)