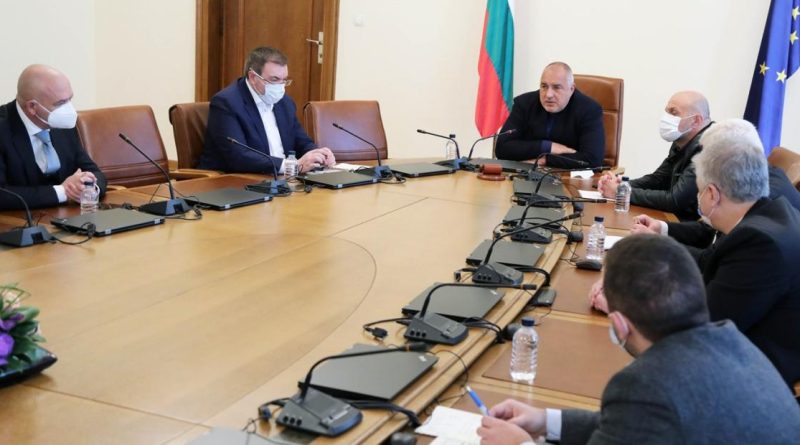 Bulgarian Prime Minister Boiko Borissov met top health officials on March 29 to discuss the Covid-19 situation, but remained silent on whether the current heightened measures would be extended beyond March 31.

A government media statement after the meeting only quoted Borissov as dismissing as “fake news” rumours that a State of Emergency would be declared and the April 4 elections postponed.

The current heightened restrictions came into effect on March 22, with measures including the closing of restaurants and suspension of in-person classes at schools.

At the meeting, Borissov sought to portray Bulgaria as prepared for the third wave of new coronavirus infection.

He said that doctors and other medics had been vaccinated first so as to have “an army” to treat patients. All the necessary medicines had been provided, Borissov said.

Medicines Agency head Bogdan Kirilov said that he had confirmation that in April, close to 250 000 doses of BioNTech-Pfizer vaccine, 90 000 doses of Moderna and 300 000 doses of AstraZeneca vaccines against Covid-19 would be delivered.

“After mid-April we expect nearly 40 000 doses of the vaccine most recently approved by the European Medicines Agency, the Jannsen,” Kirilov said.

Sufficient amounts of Remdesivir are being provided for the treatment of patients, and the health system has all the necessary medicines, disinfectants and oxygen to treat patients, according to the statement.

“We have fulfilled our commitment and provided the necessary funding to deal with the coronavirus up to May. The next government and Parliament will decide how to continue funding the system in the future. That is democracy,” Borissov was quoted as saying.

Borissov said that funds had been provided for additional remuneration for all employees on the front line in the battle against Covid-19.

Health Minister Kostadin Angelov told the meeting that the number of patients in hospital was higher than during the previous wave, but the system was holding up, thanks to earlier preparations and additional quantities of breathing apparatuses and other equipment.

“We have no concerns about the increased demand for hospital care for patients,” Angelov said.

He said that very many young people had Covid-19 but sought hospital care belatedly.

According to Angelov, so far 436 513 people had received doses of Covid-19 vaccines and the number was expected to reach half a million by the end of this week.

The head of the emergency medical service in Sofia, Georgi Gelev, said that on Sunday night they had received 320 calls, of which 67 were about cases of Covid-19, and in 25 cases, admission to hospital had been required.

In all, on Sunday there were close to 500 calls, of which 110 concerned Covid-19, and in 35 cases, hospitalisation was required.

Gelev said that compared to November, the number of calls was slightly lower.

Chief State Health Inspector Angel Kunchev told the meeting that Bulgaria was far from the figures reported in other countries such as Slovakia, the Czech Republic, Estonia or Hungary.

“There is growth everywhere, most of the countries are tightening the measures,” Kunchev said.

(Photo of the March 29 meeting: government.bg)