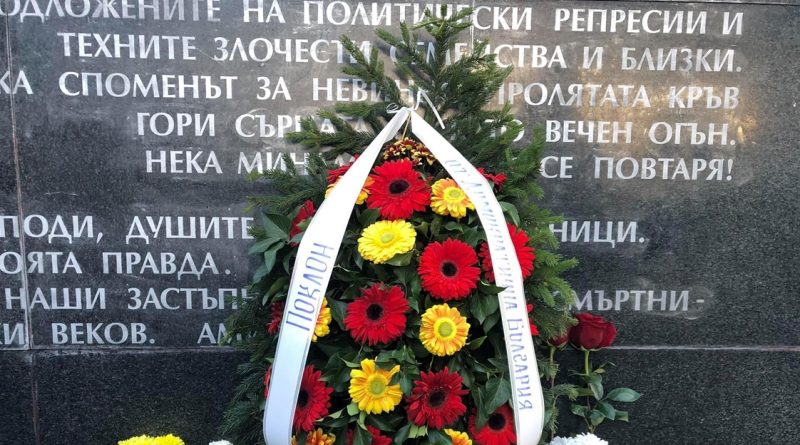 Leaders on the right and centre of Bulgaria’s political spectrum honoured the victims of the country’s communist era in annual commemorations on February 1 2021.

On this date in 1945, the communist “People’s Court” handed down death penalties to a large number of figures from the former royal regime, including three regents, 67 members of Parliament, 22 Cabinet ministers, 47 generals and other senior officers and eight royal counsellors.

The executions were carried out on the night of February 1. Apart from the death sentences, there were a large number of imprisonments. Ahead of the “People’s Court” process, there were numerous extra-judicial killings amid the communist takeover of Bulgaria.

The first Boiko Borissov government decreed the day of commemoration in 2011, acting on the recommendation of former presidents Zhelyu Zhelev and Petar Stoyanov, two of the democratically-elected presidents in Bulgaria’s post-communist era.

The reformist Democratic Bulgaria, which held a wreath-laying ceremony at the monument in Sofia to the victims of communism, said in a statement that “despite our desire to look to the future and not to dig into old crimes, the truths about the communist regime must remain alive in the memory and the lessons must not be forgotten, as well as the national betrayal committed by the Bulgarian Communist Party that handed over Bulgarian independence and sovereignty to the Soviet Union”.

Prime Minister Borissov, in a post on Facebook, said that the “so-called ‘People’s Court’ – which was neither a people’s institution nor a court’ – marked the beginning of one of the darkest trials in our history’.

“Illegitimate, primitive and politically controlled, it physically liquidated much of the nation’s elite,” Borissov said.

“Unfortunately, there are still voices that this criminal act was ‘necessary and unavoidable justice’. There are still politicians who speak too timidly on the subject and claim to be democrats,” he said.

“That is why I am glad that our efforts have paid off and the tenth graders are already studying the history of communism in Bulgaria. Only an objective knowledge of the past can give us the necessary lessons for the future.

“Today our country is a respected member of the EU, which is a guarantor of respect for human rights and democratic principles. Undoubtedly, the thousands of victims are the most painful, but not the only, consequence of the communist regime. The damage to the economy that the communists and their successors left, we are repairing to this day,” Borissov said.

Tsveta Karayancheva, Speaker of the National Assembly and a senior member of Borissov’s GERB party, said: “We bow our heads in pain to the memory of the representatives of Bulgaria’s intellectual, spiritual and economic elite destroyed by totalitarian repression. But also to all those ordinary Bulgarians whose dreams, dignity, future were brutally trampled by an arrogant elite that came to power with a coup and lies”.

Karayancheva said that even today, there were “attempts to justify the People’s Court and even calls for its example to be repeated. Because only a few months ago we witnessed attacks on political opponents in the form of coffins, black sacks and erected gallows.” This was a reference to the anti-government street protests in the second half of 2020.

“One of the greatest fears of the regime, whose victims we honour today, was the fear of protests. That’s why it crushed everything that even remotely resembled a protest – from the length of the skirt to the length of the hair,” she said.

Karayancheva said that one of the great advantages of democracy is the right to protest.

“When protesting, let us not use images from a dark past and techniques reminiscent of times of reckless political repression…let us continue together to defend democratic values ​​and human dignity, regardless of the differences between us,” she said. 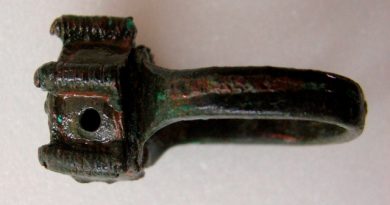 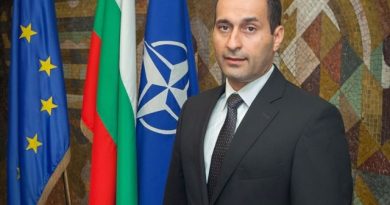