Dr Spas Radev of Razlog has died of Covid-19, according to an announcement by the south-western Bulgarian mountain resort town’s mayor Krassimir Gerchev on November 22.

Dr Radev was diagnosed with Covid-19 at the beginning of November. When his condition worsened, he was transported to hospital in Sofia. There was a public campaign to donate blood plasma to treat him.

At the weekly briefing by Bulgaria’s Health Ministry on November 19, it was announced that to date, 31 medical personnel had died of Covid-19.

Dr Radev’s death was one of three to be announced publicly since that briefing.

On November 20, Dr Kiril Elenski, a general practitioner in Plovdiv and a former deputy head of the Bulgarian Medical Association, died after testing positive for Covid-19.

Two days ago, it was reported that Dr Zhivko Atanassov of Haskovo, long-time head of the surgical department in the city’s hospital, had died in the hospital in spite of efforts to treat his Covid-19. 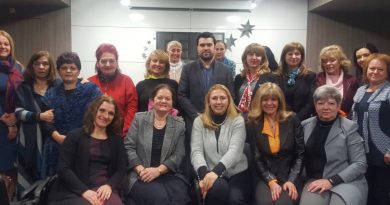 Initiative ‘fight hate with a flower’ launched in Sofia