Bulgarian President Roumen Radev said on September 28 that he had vetoed a number of provisions in the bill of amendments to the country’s Electoral Code, approved by Parliament last week.

In a televised address, Radev accused the parties in the governing coalition of attempting to “guarantee a win by default in the coming elections, dealing yet another blow to the legal construction of the state.”

In the veto motives, made public by the presidency, Radev argued that the provisions allowing both machine voting and casting paper ballots in the same electoral precinct would undermine the former and complicate the election process.

“Parallel voting in one precinct using ballots and machines is a significant source of complications during the voting process and counting votes. This combination removes the advantages of machine voting and enhances the disadvantages of the ballot vote, manual count and compiling voting protocols,” according to Radev’s veto motives.

He criticised Parliament, saying that it had failed to outline a detailed framework for how machine voting is to be carried out, but also for approving provisions meant to streamline voting results protocols.

The head of state also was critical of the timing of the bill, saying that amending the Electoral Code just months before the next parliamentary elections, due in spring 2021, was “incompatible with legal certainty and stability as an expression of the constitutional principle of the rule of law.”

Since taking office in January 2017, Radev made liberal use of this power, using it 24 times. This is also his second veto to Electoral Code amendments, after the one in February 2019.

Parliament overturned his veto in all but two cases, when the provisions in question were withdrawn. On several occasions, Radev has followed through with a Constitutional Court challenge, where he has been more successful in blocking legislation. 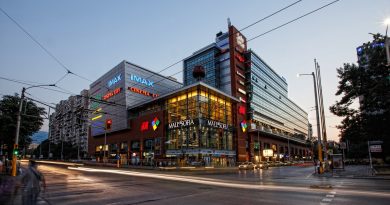