Bulgaria’s Cabinet decided on July 1 to extend the duration of its 60:40 employment aid scheme until the end of September, while expanding the criteria to qualify for government assistance.

Under the scheme, introduced in March in order to reduce the economic impact of the coronavirus pandemic, the government covers 60 per cent of an employee’s salary and mandatory social security and healthcare contributions, while employers cover the rest.

Since the start of the scheme, it has assisted companies to keep 150 000 people employed, at a cost of 130 million leva, Labour Minister Denitsa Sacheva said after the Cabinet meeting.

The changes to the qualifying criteria will allow companies in sectors previously left out to apply for government grants, while the reach is further expanded by dropping the requirement that firms are up to date on their tax and mandatory contribution payments.

This is expected to double the aid scheme’s reach to 300 000 employees, Sacheva said. The government’s cost estimate for the 60:40 scheme remains unchanged at about one billion leva, or 510 million euro.

Separately, companies in the tourism, hospitality and transportation sectors can apply for funding under the 60:40 scheme, in addition to the separate wage-support measure targeting those sectors, approved by the Cabinet last week.

Tourism Minister Nikolina Angelkova said that the cumulative impact of two schemes on those sectors means that employers would only have to provide about 20 per cent of an employee’s salary and mandatory contribution payments, as the rest would be covered by government grants.

Under this scheme, the government would cover the minimum salary and social security payments of new hires, which can be full-time or part-time, for a period of up to three months. 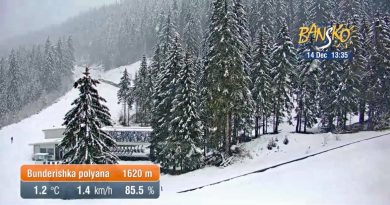 Bulgaria’s winter resorts ‘in no hurry to open ski season’

Covid-19 in Bulgaria on April 7: Roundup