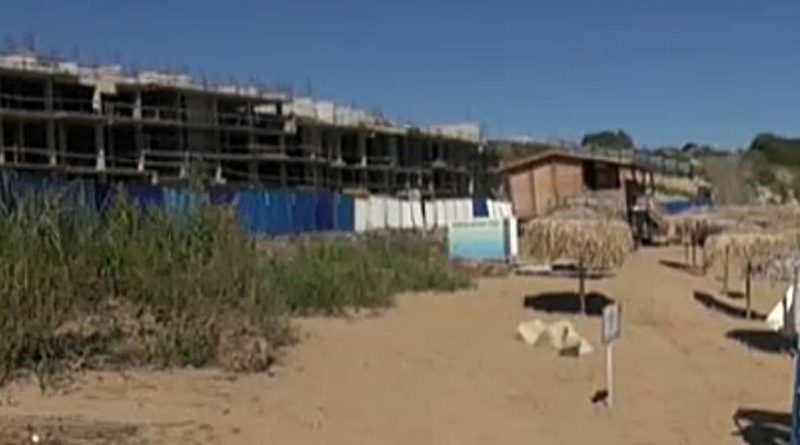 Bulgaria’s Environment Minister Emil Dimitrov said on June 16 that he would not stop a construction project at Alepu on the southern Black Sea coast, the subject of controversy in news reports and on social media for weeks.

The parts constructed so far caused a public outcry in Bulgaria because the public believed them to be a hotel, although the architects said that the structure was a retaining wall being put in place ahead of the building of a resort village.

The Supreme Administrative Prosecutor’s Office said on June 15 that following a check that it had ordered from the National Directorate for Construction Control, it had lodged an application in the Bourgas Administrative Court to nullify a building permit issued in September 2018 by the chief architect of Sozopol municipality for the Alepu Village project.

The statement said that at the moment, no construction activities were carried out at the site.

Only the prosecution and the court were competent to establish the facts and their legality, the statement said, adding that court action would be taken against all organisations and individuals “who tarnish our prestige and reputation with their words and behaviour”.

On June 3, the regional directorate of the National Directorate for Construction Control and Sozopol municipality said that their joint inspection had established that a protective fortification, not a hotel, were being built in the Alepu protected area, better known as Driver’s Beach.

The A&A Architects firm, in a Facebook post on June 9, said that the project was in two stages, an anti-landslide structure and then the actual resort village. It said that the presence of an active landslides had been confirmed in a 2009-2019 study.

The fact that the project was in a nature protection area for natural habitats of wild flora, fauna and wild birds was not an obstacle for construction to continue as long as the regulations for the specific protected area were followed, the architects firm said.

Environment Minister Dimitrov, speaking on June 16, told reporters that he would not halt the project.

He said that everywhere on the Black Sea coast that there was construction, there was dissatisfaction.

Tourism Minister Nikolina Angelkova, speaking in a June 16 television interview, said that people were extremely sensitive about the subject.

“The prosecutor’s office asked for the building permit. Let’s wait for the check and then a decision will be made. Unfortunately, this also damages the image of our country, because it is covered in foreign media,” Angelkova said.

A flashmob protest against the project was held outside Bulgaria’s Parliament on June 3 and on June 12, a protest themed “Seaside Without Concrete” was held in the Black Sea city of Bourgas.

Nature conservation NGOs in Bulgaria are planning a further protest, against the ruling coalition’s plans to change laws concerning the Natura 2000 network, to be held on June 25 at 6.30pm starting at the Aleko monument in Vitosha Boulevard in Sofia and proceeding to Parliament, entitled “Hands off the law! Hands off the sea, the mountains, the rivers!” Protests are also planned in other cities, according to the organisers, who argue that the planned changes would open the way for further large-scale construction along Bulgaria’s Black Sea coast. 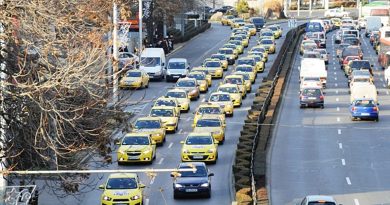