The number of confirmed cases of Covid-19 in Bulgaria has increased by 58 in the past 24 hours to a total of 1348, of which 1141 are active cases – that is, excluding those who have died and those who have recovered.

The death toll is 56 and 206 people have recovered, the national operational headquarters said on April 27.

Of the new cases in the past 24 hours, 23 were in Pleven, 19 in Sofia, eight in Kyustendil, four in Veliko Turnovo, two in Plovdiv and one each in Pazardzhik and Sliven.

Of the total to date, the largest number was in Sofia, 680.

A total of 301 patients are in hospital, 41 in intensive care.

Chief State Health Inspector Associate Professior Angel Kunchev said on April 27 that “mass testing” for Covid-19 would begin in Plovdiv by the end of the week.

The criteria for screening 1000 residents of Plovdiv, on a random sample basis, were being developed at the moment, he said.

On April 27, Wizz Air told Radio Varna that it did not intend to resume its flights from Varna to Italy, Spain and the UK on May 1.

Radio Varna reported Wizz Air as saying that it was in constant contact with local authorities and strictly followed the regulations introduced by local and international health authorities.

“Passenger and crew safety and health remain a top priority of Wizz Air and flight resumption will occur when local and international regulations allow,” the airline said.

Following Sofia municipality’s announcement on April 16 of its rules for visits to public parks, in the context of the changed regulations decreed by Health Minister Kiril Ananiev, Plovdiv municipality announced its list of which parks may be visited by parents with young children, people exercising on their own and those walking their dogs.

The list is Tsar Simeonova Gradina, the Hill of the Liberators – Bunardzhika, Mladezhki Hulm, Sahat Tepe, Lauta Park, the Rowing Canal, the avenues on the northern and southern sides of the Maritsa river, and Ribnitsa Park.

Announcements by the Black Sea cities of Varna and Bourgas were awaited.

Local media in Bourgas said that arrows had been painted in the Sea Garden and more than 12 approved entrances and exits had been indicated.

Bulgaria’s Border Police directorate has received information about the procedure established by the German interior ministry and federal police about the entry of Bulgarian seasonal workers, the Interior Ministry in Sofia said on April 27.

Bulgarian seasonal workers may enter Germany only through the international airports in Hamburg; Berlin-Schönefeld; Leipzig; Dusseldorf; Frankfurt-Hahn; Karlsruhe/Baden-Baden;
and Nuremberg.

Entry into German territory by sea or land from its neighboring countries is prohibited, Bulgaria’s Interior Ministry said. 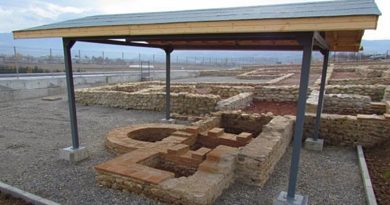