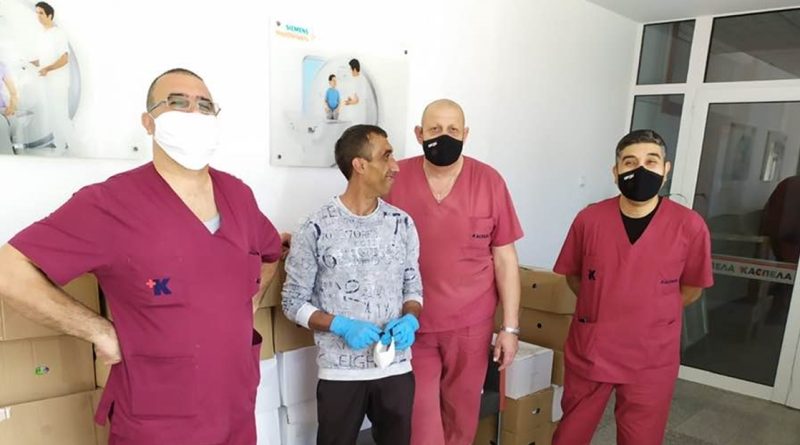 Three major fundraising campaigns in Bulgaria for initiatives to aid in the fight against Covid-19 have together raised more than 1.1 million leva.

Given that there are other fundraising campaigns, including at national and local level, the sum of amounts donated to causes connected to combating new coronavirus and assisting those doing so is likely much higher.

The Bulgarian Medical Association said that as of the morning of April 21, its “For the Heroes in White” campaign had raised more than 184 000 leva and large quantities of donations in kind, including protective masks, disinfectant, gloves and other medical supplies. The sum had been raised less than a month since the campaign was launched.

The association listed on its website 13 cities and towns where equipment, including masks and other personal protective equipment (PPE) had been distributed.

Bulgaria’s Ministry of Health has a DMS Solidarnost campaign which has a target of raising five million leva, to buy specialised medical equipment, PPE as well as anything else hospitals need, for use by medical professsionals.

As at the afternoon of April 22, the ministry’s Solidarnost campaign had raised 373 895 leva, according to the campaign’s dedicated website.

The Bulgarian Red Cross said that as of April 13, its “Together against Covid-19” campaign had raised 562 582 leva in its bank account, and donations in kind worth 244 371 leva.

The campaign is aimed at supporting the work and safety of medical teams in hospitals in Sofia and elsewhere in Bulgaria, as well as volunteers, police and others actively involved in the fight against the pandemic.

With the aid of volunteers, deliveries had been made in Sofia, Pazardzhik, Peshtera, Kurdzhali , Lovech, Gabrovo, Pleven, Veliko Turnovo, Shoumen, Sliven and Kyustendil.

(Main photo: Medical staff of Sveti Georgi Hospital in Plovdiv, along with Ruslan Mladenov, a volunteer in the ‘Together We Will Make It’ campaign).

The “Together We Will Make It” campaign:

The Health Ministry’s campaign may be supported by sending a text with the words “DMS Solidarnost” to the number 17777.

The Bulgarian Red Cross’s campaign may be supported by transfer to the BRC’s account at Unicredit BulBank: