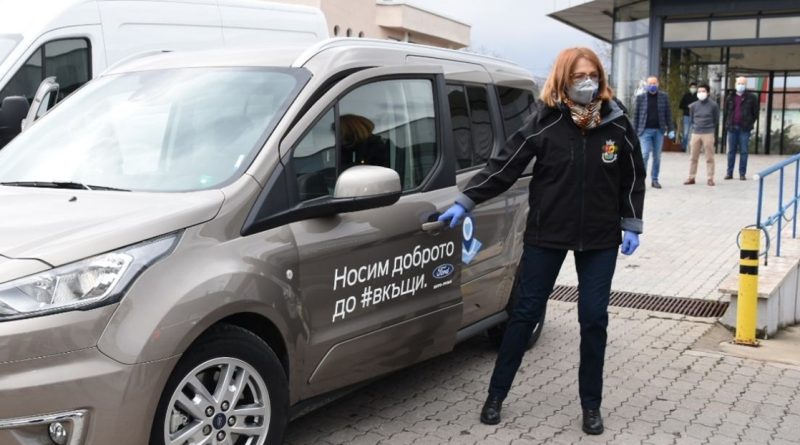 Bulgaria’s capital city Sofia is stepping up checks on compliance with physical distancing measures against the spread of Covid-19, mayor Yordanka Fandukova said in a Facebook post on April 11.

Sofia police will ensure the implementation of the ban on the gathering of people in one place and on visits to public parks and gardens, Fandukova said

This had been agreed with the head of the regional directorate of the Interior Ministry in Sofia, Senior Commissioner Georgi Hadzhiev, she said.

Municipal officials and police were continuing to inspect open-air markets, to ensure compliance with rules that require them to have single entry and exit points, physical distancing, one-way movement of customers and use of safety masks by sellers and customers.

“I urge everyone who needs to go out of their home to wear a protective mask or a scarf,” Fandukova said.

She said that the spring, sunny weather “create the delusional feeling that everything is over”.

“Unfortunately, it is not. Expert analysis shows that the coming days will be extremely risky,” she said.

The results so far had been achieved with discipline, “let’s not throw that away,” Fandukova said.

Weather forecasts showed that on April 11, the forecast high was 20 degrees Celsius, with a week of mainly good weather to follow, though rain is forecast on Tuesday.

Bulgaria’s authorities are concerned both by the public being tempted by the inviting spring warm weather, and by the week in which the Bulgarian Orthodox Church – which is keeping its houses of worship open – celebrates Palm Sunday and Easter, the latter on April 19.

There have been repeated public calls by government and some Bulgarian Orthodox Church leaders for people to stay at home instead of going to church for Easter week services.

Separately, Sofia municipality announced that the green and blue zone parking areas in the Bulgarian capital city would remain free-of-charge until April 20 inclusive.

Bulgarian media reported on April 11 that the Interior Ministry had launched a large-scale action in three residential areas of Sofia on Friday night, and the action would continue on Saturday.

At 63 checkpoints, police were checking entry and exit from the Hristo Botev, Fakulteta and Orlandovtsi areas – all places where residents are mainly from Bulgaria’s Roma ethnic minority.

Only those going in or out for work or other valid reasons were being let through the police checkpoints, Bulgarian National Television said.

Nova Televizia reported the Interior Ministry as saying that the action was not about restricting civil rights, but about preventing mass crowding.

Covid-19 in Bulgaria: Past day saw highest percentage of positive tests so far this year