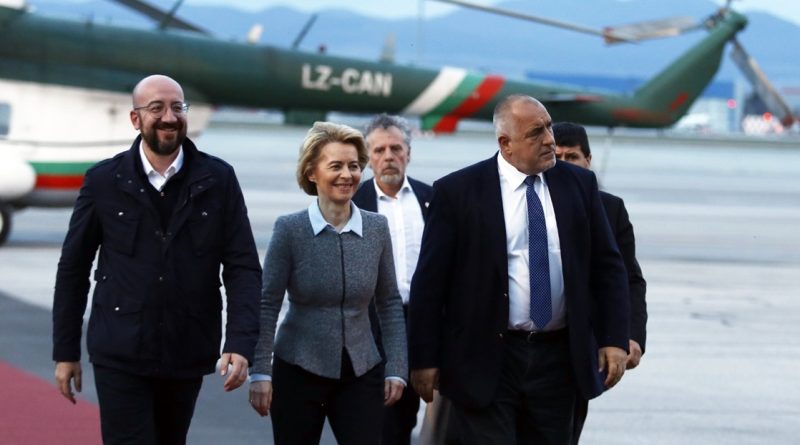 Unlike other countries, Bulgaria pursues a wise and sensible foreign policy and this is the reason why there is no migrant pressure at its border with Turkey, Prime Minister Boiko Borissov told the heads of the European Commission and European Council.

European Commission President Ursula von der Leyen and European Council President Charles Michel, arriving in Bulgaria after a visit to the Greek-Turkish border, were taken by Borissov on an aerial inspection of the area where the Bulgarian, Turkish and Greek borders intersect.

He told them that Bulgaria had always pursued a “wise sensible policy”. Were a wise policy not pursued, the situation would be like that at the Greek-Turkish border, Borissov said.

“And, you see, we have reinforced all the checkpoints, borders, fences, enclosures, and seconded personnel. We just work quietly, with discipline, reasonably. We don’t work against our neighbours, whoever they are,” he said.

Borissov reiterated tbe need for a political and diplomatic solution to the situation at the border with Turkey. “Otherwise, we are extremely well-prepared for years, but diplomacy comes first,” he said.

Earlier, after the EU leaders visited the Greek-Turkish border area, Von der Leyen announced that the European Union is to provide 700 million euro and a Frontex rapid deployment team to assist Greece with migration management as thousands of would-be migrants have massed at its border.