The Bulgarian health authorities have taken all preventative measures regarding the spread of the new coronavirus, Health Minister Kiril Ananiev said.

His statement came as Bulgaria issued a level four alert, strongly discouraging its citizens from travelling to China, unless the trip is a matter of emergency, because of the new coronavirus.

Foreign Minister Ekaterina Zaharieva said that there was readiness to issue a level five alert next week, which would ban travel to China.

Ananiev said that people arriving from China or another territory where the new coronavirus had spread would undergo thermal tests and close medical check-ups at Sofia, Bourgas and Varna airports.

Anyone with fever or other flu-like symptoms would be taken directly to hospital and placed in 14-day quarantine, he said.

If they have no symptoms, they will remain under home care for two weeks. People who have been in contact with them will also be monitored.

There will be on-call teams at the airports around the clock.

Ananiev said that special aprons, masks and headgear had already been provided to protect both medical personnel and border guards.

“We have created the necessary coordination in health care facilities. At this stage, we have done everything necessary,” Ananiev said.

Zaharieva has written to her Chinese counterpart, Wang Yi, expressing solidarity with China in the fight against the new coronavirus.

“We greatly appreciate the continued efforts of the Chinese government to combat the new coronavirus and we have full confidence in China’s ability to control the viral disease. China has taken swift and strong measures by introducing a national prevention and control mechanism, which we hope will be effective in curbing the further spread of the virus,” Zaharieva said. 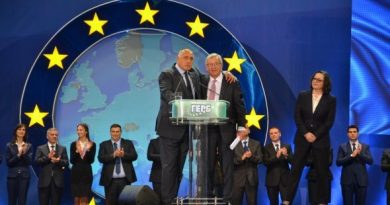