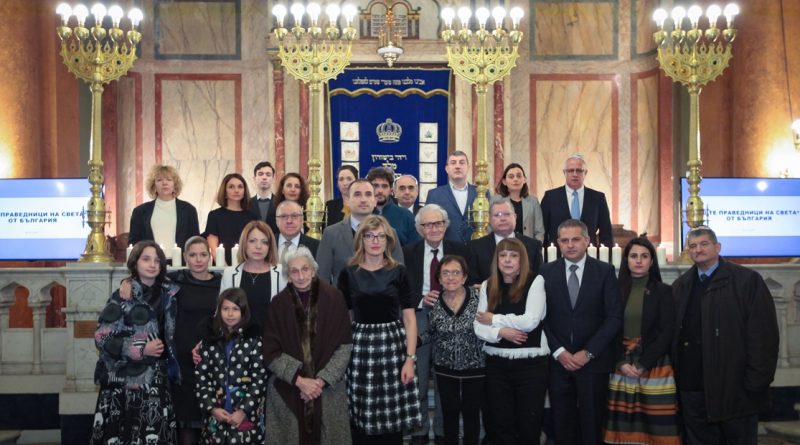 A January 30 ceremony at Sofia Central Synagogue commemorated the victims of the Holocaust and honoured those who rescued the Bulgarian Jews from deportation.

Jointly organised by the Organization of the Jews in Bulgaria “Shalom”, the Central Israelite Religious Council and the State Cultural Institute at the Foreign Ministry, the event, linked to International Holocaust Remembrance Day on January 27, was attended by Sofia mayor Yordanka Fandukova, Foreign Minister Ekaterina Zaharieva, foreign ambassadors and leaders and members of the Bulgarian Jewish community.

Candles were lit in memory of each of the 20 Bulgarians listed by the Yad Vashem World Holocaust Remembrance Centre as Righteous Among the Nations and of four diplomats who helped Jews during the Second World War, as well as in memory of the 11 343 Jews deported from Bulgarian-administered territories in Yugoslavia and northern Greece.

Addressing the event, Zaharieva noted that the world community was bowing to the memory of the victims of the Holocaust and commemorating the 75th anniversary of the liberation of the Auschwitz-Birkenau death camp.

“The Holocaust is the most difficult lesson in history,” she said. “A lesson that must be remembered, repeated, retold and never forgotten.”

She made a strong call, given the history of the Holocaust, that no one should remain silent when resurgent antisemitism in Europe and elsewhere produced hate speech, intolerance, and not rarely, physical violence. “The tragedy of the events of the Second World War obliges us not to tolerate any form of antisemitism and attempts at historical revisionism,” Zaharieva said.

In Bulgaria, the leaders of the Bulgarian Orthodox Church, politicians, intellectuals and ordinary citizens had refused to surrender their Jewish compatriots and succeeded in keeping them from the deportations and the death camps, she said.

“However, we cannot deny the suffering of the Bulgarian Jews in the Second World War, the humiliation and deprivation they suffered as a result of the antisemitic apparatus created by the infamous Defence of the Nation Act,” she said, adding that the forced labour camps for Jewish men were a manifestation of this violence. 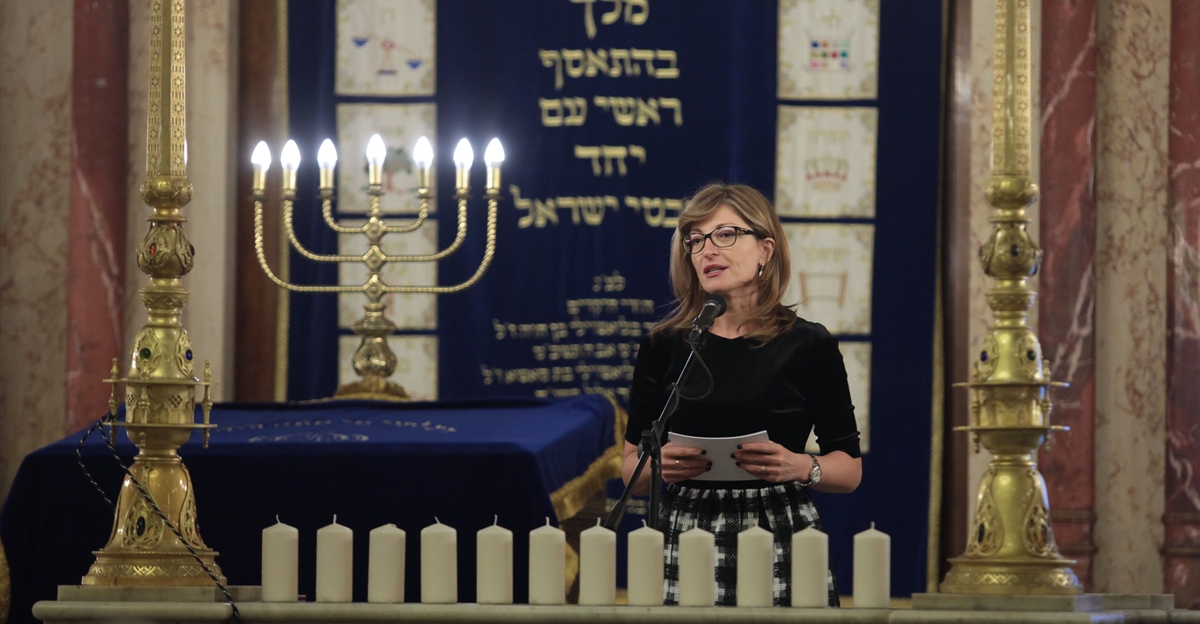 Pointing to the tragic fate of the 11 343 Jews in Bulgarian-administered lands in northern Greece, Vardar Macedonia and Pirot, Zaharieva said: “Venerating and honouring their memory is our duty, in the name of the objectivity of history”.

She said that she was proud of the fact that in the past few years, Bulgaria had shown by its actions that “for us, the fight against antisemitism goes beyond words, speeches and declarations”. 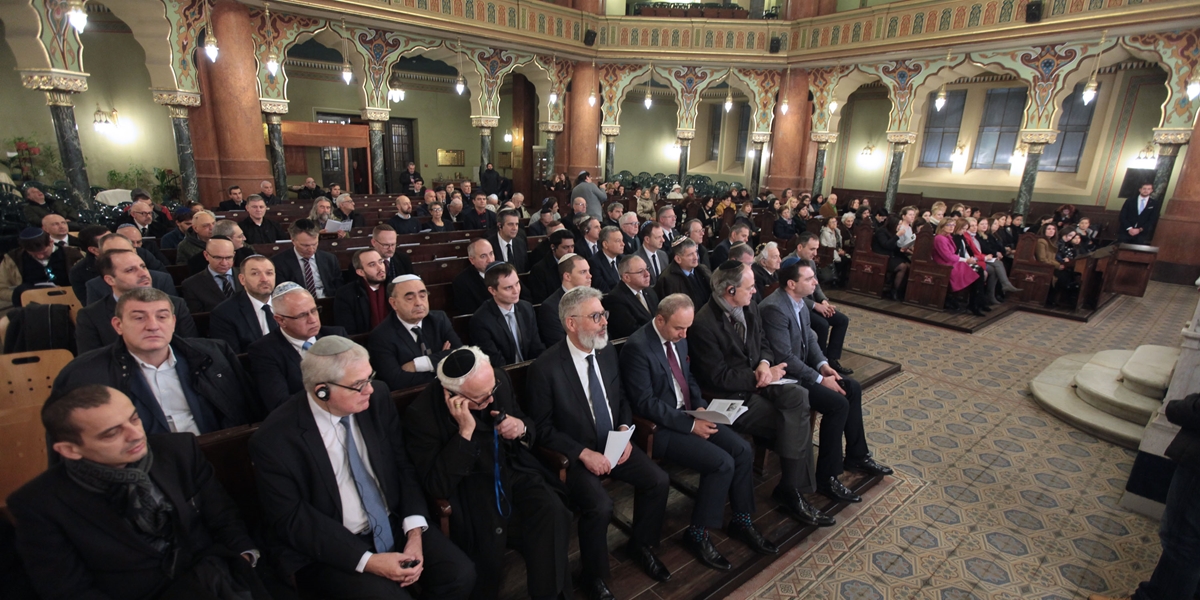 (Photos from the Facebook page of Shalom and from mfa.bg)