An apellate court in Bulgaria has ruled to extradite Israeli citizen Gal Barak to the Austrian judicial authorities, the prosecutor’s office said on December 2.

Sofia Apellate Court has ruled in favour of the appeal lodged by the Sofia district prosecutor’s office, overturning an earlier decision by the Sofia District Court, the statement said.

The Sofia District Court had said that the European arrest warrant issued against Barak was not legitimate, without taking into account that the Austrian prosecutor’s request had been approved by a court, the prosecutor’s office said.

Barak was detained in Bulgaria earlier this year during an attempt to cross the border into Serbia. It happened after an investigation into a scheme that defrauded large numbers of people of huge sums.

European investigation orders had been carried out in Sofia between January 28 and February 1 by the Bulgarian authorities with the support of investigators and IT forensic experts from the Austrian police and the German authorities, Bulgaria’s prosecutors said at the time. 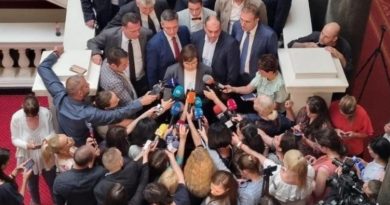