Water restrictions take effect in Bulgaria’s Pernik municipality on November 18 and could last some months.

There will be water supply for two five-hour periods a day. Water supply will be available from 5am to 10am and from 5pm to 10pm, according to a decree by mayor Stanislav Vladimirov posted on the municipality’s website.

The water restrictions result from a lack of supply from the Studena dam.

About 97 000 people will be affected. The decree said that the restrictions cover the city of Pernik, the town of Batanovtsi, and the villages of Golyama Buchino, Divotino, Yardzhilovtsi, Bogdanov, Cherna Gora and Leskovets.

Bulgarian National Radio reported on November 17 that Vladimirov had threatened the water supply company with court action if it did not keep to the hours of the water restrictions.

“My commitment is to the implementation of the water restrictions, and I will be very strict in that we will assist, including through legal assistance, anyone who does not have access to drinking water within the time range announced by the water supply and sewerage company,” Vladimirov said.

Current estimates were that the restrictions would last no more than five months. “We depend on nature as well,” Vladimirov said. “We hope that nature will be more favourable.”

Residents of Pernik plan to hold a protest at 9am on November 20 outside the water and sewerage system company’s headquarters in the city. 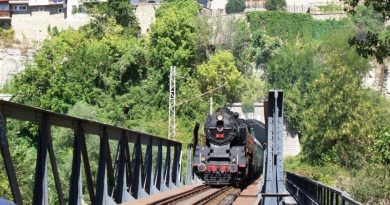