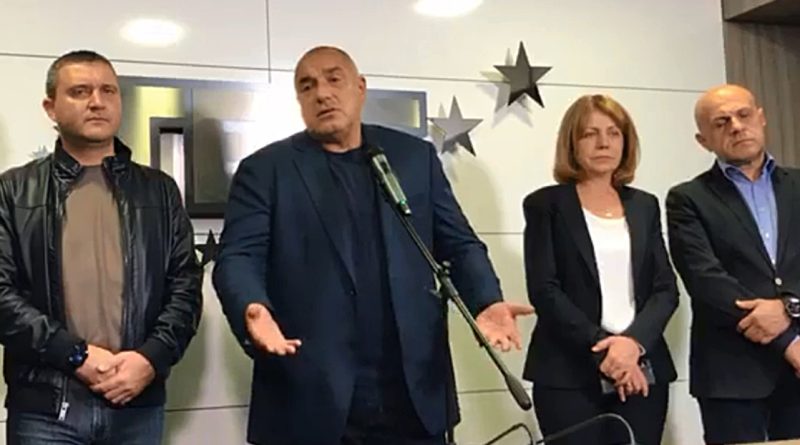 Four years ago around this time, Bulgarian Prime Minister Boiko Borissov, leader of his centre-right GERB party, was rampant. GERB had won every major city and taken citadels it had not held before.

On the night of November 3 2019, Borissov was somewhat less bullish. In navy jacket and loose-fitting T-shirt of similar hue, he emerged in the cold night to describe his party’s performance at the close of the second round of local elections.

Again, GERB had won many, if not most, of the major cities. Yet, unlike 2015, it had been faced down to defeat in Rousse, Blagoevgrad, Pleven and Sandanski, and as his news conference proceeded, just quite what had happened in Pernik was not clear. It had lost. It had won. It was disputed. Nothing like 2015.

Even in Sofia and Varna, four years ago held by GERB at the first round, it had taken a second round to win. And in Bulgaria’s capital city, as the evening would wind on much later, the vanquished challenger, Maya Manolova, was not conceding. She wanted final results. She said so, three times, before she would comment. Although she did comment, a lot.

Borissov, never quite the most demonstrative, was not the picture of happiness. “I congratulate all the winners in the elections,” he deadpanned, though no humour was intended.

Even though GERB had been in power for many years, once again a huge number of Bulgaria’s electorate had handed the party its confidence, Borissov said.

It was “not normal” for a party to win all the capitals of all the districts, he said. More “colourful” municipal councils would “give us the opportunity to share responsibility,” he said.

Borissov pledged that it would be better for GERB to “cleanse itself, to renew itself”. No one in the gaggle of reporters quite managed to ask him what he meant by that.

He could not resist a sideswipe against Manolova and by extension, the Bulgarian Socialist Party, the party of most significance that had backed her. As well he might, notwithstanding the animosity between Manolova and BSP leader Kornelia Ninova, Manolova’s “independent” candidacy had had the backing of the BSP. Manolova had been a deputy speaker of the National Assembly in 2013/14, from the BSP quota. She also had been an Aunt Sally of choice for those who rejected the “Oresharski” administration of the time. As the evening wore on, it was announced that the BSP would have its own news conference to comment later, not tonight. In the party’s Positano Street headquarters, the spin was still being brewed.

Borissov said that he did not like independent candidates – Manolova stood as an independent – because no one knew who was accepting responsibility.

He remembered, then, his key message. In spite of the loss of some cities, GERB was the primary political force in municipal councils.

“One party can’t win everything. We’re back to normalcy,” Borissov said.

His comments over, Borissov and the other GERB high-ups quit the stage, to leave the victor of Sofia, Yordanka Fandukova, alone at the microphone to answer questions.