The Russian diplomat given 24 hours to leave Bulgaria following allegations of espionage has flown to Moscow along with his family, a statement by the Foreign Ministry in Sofia on October 30 said.

The Foreign Ministry added that Moscow’s nominee for defence attaché at the Russian embassy, who is currently in Russia, was being refused issuance of a long-term visa for diplomats “due to the negative opinion of one of the institutions” consulted about the issuance of such visas.

The ministry said that this was not the same as declaring the individual persona non grata, the Foreign Ministry said. It said that Russia had been notified of the decision.

Earlier, it was announced that Bulgaria’s Special Prosecutor’s Office, acting on a tip-off from the State Agency for National Security (SANS), had investigated the first secretary of the Russian embassy and found that since September 2018, he had been involved in espionage.

The Prosecutor’s Office said that it suspended the criminal investigation because the Russian had diplomatic immunity.

Russian ambassador Anatoly Markov was called to the Foreign Ministry on October 25 to discuss the matter, at which point the ministry reportedly was told the diplomat had left Bulgaria. On October 28, it emerged that he had not and he was declared persona non grata, and given 24 hours to leave Bulgaria. 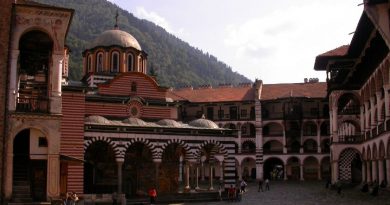