About 48 per cent of teachers in Bulgaria are 50 or older, European Union statistics agency Eurostat said, in figures released on the eve of October, World Teachers Day.

Nine per cent of teachers in the EU were over 60 years old, with the highest shares in this age group found again in Estonia (19 per cent), Italy (17 per cent) and Germany (16 per cent). 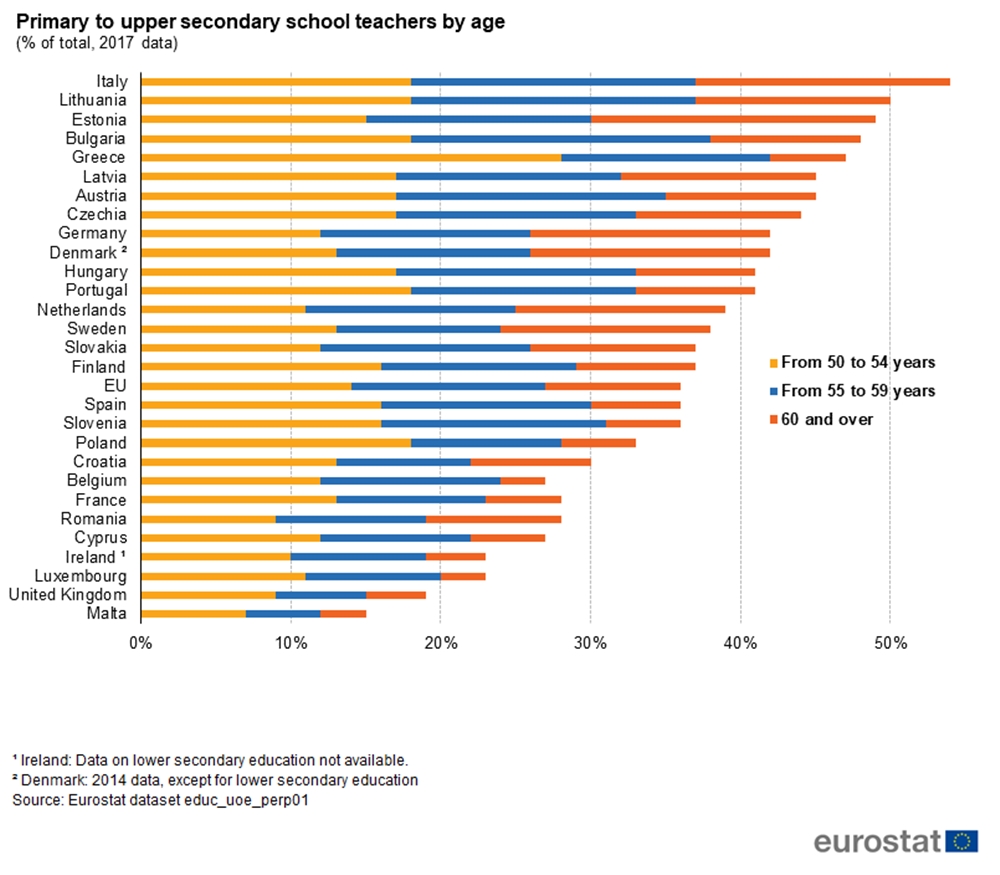 In all EU member states, school teachers in 2017 were predominantly female. The share of female teachers was the highest in Latvia (87 per cent) and Lithuania (85 per cent), followed by Bulgaria, Estonia and Slovenia (all 83 per cent).

In contrast, the share of male teachers was the highest in Denmark (35 per cent, 2014 data except for lower secondary education) and Luxembourg (35 per cent), ahead of Spain and Greece (both 34 per cent), France (32 per cent) and the Netherlands (31 per cent), Eurostat said.