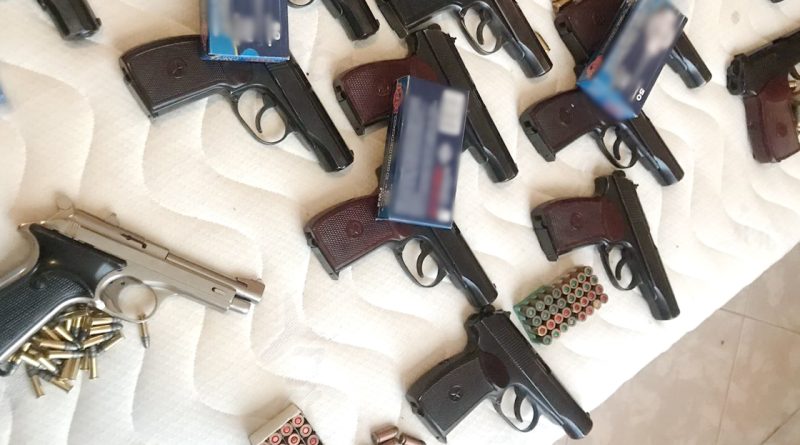 Bulgaria’s Special Criminal Court has remanded in custody a British national and a Bulgarian accused of being part of an organised crime group trafficking firearms and narcotics from Bulgaria to the UK.

A third accused was ordered into house arrest on the grounds of poor health, according to a September 19 statement by the Prosecutor’s Office.

The three were taken into custody on September 17 in Sofia and in the village of Bistritsa in a joint operation by the Special Prosecutor’s Office and the Chief Directorate for Combating Organised Crime.

Simultaneously, three British citizens allegedly involving in the trafficking operation were taken into custody in the UK, the Prosecutor’s statement said.

In the bust of the group, 53 pistols, mainly Glock and Makarov, were confiscated, along with silencers, more than 2000 cartridges, bulletproof vests and about 80kg of heroin. Also found were large sums in cash.

The group is alleged to have been involved in shipping the items to the UK.

In a police operation in the UK, firearms and narcotics from a previous shipment were seized.

Prosecutors said that the main focus of the further investigation in Bulgaria will be to establish the origin of the seized firearms and narcotics.

The Interior Ministry said that the British citizen detained in Bulgaria was the subject of a European Arrest Warrant issued in the UK.