The Kulata-Promachonas border checkpoint was shut to lorries headed to Bulgaria from shortly before 4pm on February 22, Bulgaria’s Interior Ministry said.

Lorries were still able to enter Greece from Bulgaria, the ministry said.

Bulgaria’s Interior Ministry said that, according to Greek police, lorries would again be allowed to pass from Greece into Bulgaria on February 23 from 5am to 10am. Other vehicles would not be obstructed, the statement said.

Vehicle traffic at all other Bulgarian-Greek border checkpoints was normal, the ministry said.

The problem at Kulata came about 24 hours after Bulgarian lorry drivers agreed to lift a counter-blockade at the border checkpoints with Greece that they had mounted in retaliation for several weeks of periodic blockades by Greek farmers protesting against pension system reforms in that country.

Bulgarian media reports said that the Greek farmers had resumed the blockade at Kulata because Bulgarians frustrated by the border crisis had crossed into Greece and broken the windows of tractors left there for a possible resumption of the Greek farmers’ blockade.

Bulgarian Transport Minister Ivailo Moskovski, who earlier repeatedly had expressed support for the Bulgarian counter-blockade, on February 21 successfully appealed for it to be lifted, with he and Bulgarian protesters that it was causing serious distress for Bulgarian drivers stranded at the border.

Moskovski said that on February 21, should a blockade resume, he did not know who would have to bear responsibility. Like the protesting Bulgarian lorry drivers, Moskovski has been openly critical of the failure of Greek authorities to ensure the normal passage of traffic through Bulgarian-Greek border points.

Reports quoted Vangel Tsilev, one of the organisers of the Bulgarian counter-blockades, as saying that the organising committee was gathering on February 22 to decide what counter-measures to take response to the renewed Greek blockade at Kulata-Promachonas. 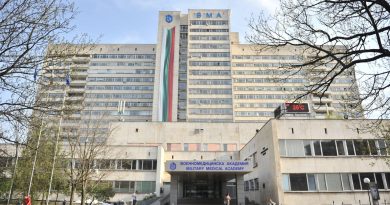