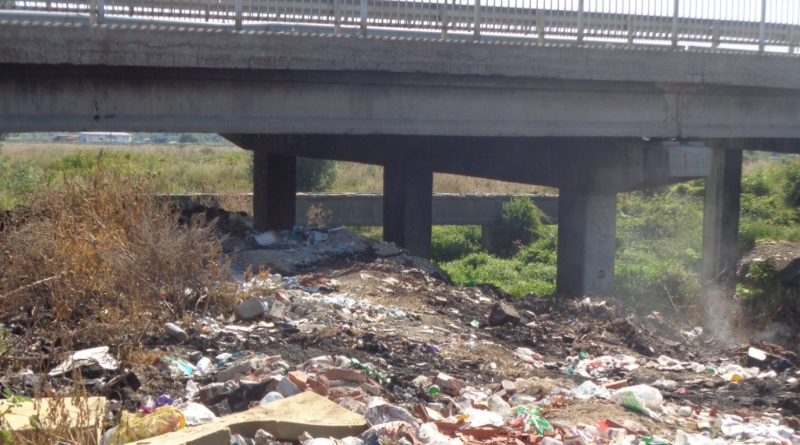 The check ordered by Bulgaria’s Road Infrastructure Agency in the wake of the fire that damaged the supports on a Strouma Motorway overbridge earlier this month found 120 other cases where spaces under motorways and lesser roads were being used as storage, despite it being against the law.

In most cases, the spaces were used as unauthorised dumping sites for household refuse, construction waste and car tyres, but the agency’s inspectors also found several places where local residents had built animal pens or stored hay.

In total, the agency checked more than 3800 sites and said that it would impose fines if it can find the culprits – 200 leva to 500 leva for individuals and 1000 leva to 3000 leva for companies.

Where the guilty parties cannot be found, the agency will clean up the space under motorways and bridges using money from its maintenance budget, initially earmarked for road paint and safety installations on rural roads.

The agency estimated total costs to be at least 500 000 leva (about 255 600 euro) and said that it would target to finish the clean-up by mid-September.

The check was ordered after a fire under a Strouma Motorway overbridge near the town of Doupnitsa caused extensive damage, with repairs estimated to take four months and cost 1.86 million leva.

The fire happened during a heatwave, by the damage was made worse by the unauthorised refuse dump under the overbridge, deposited there by the owner of a nearby depot.

It also prompted traffic restrictions on the motorway, which is the main road linking capital city Sofia to the Greek border, a popular destination for Bulgarian holidaymakers during summer months.