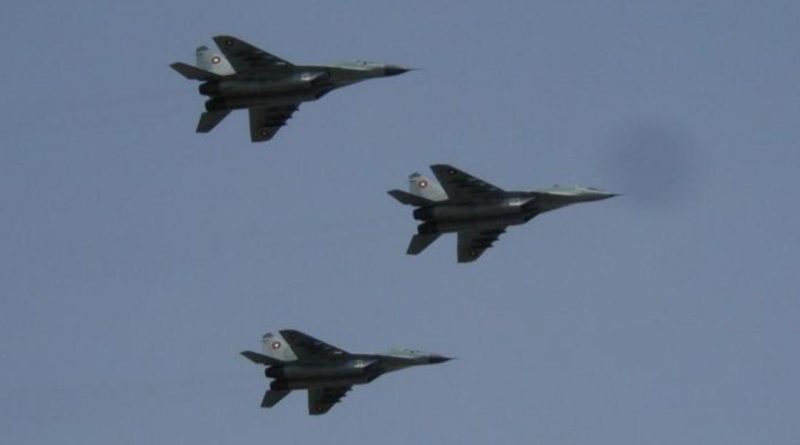 Over two consecutive days, starting on June 28, the Bulgarian Air Force will celebrate the anniversary of the introduction into service of its ageing Soviet-made MiG-29 jet fighters, as well as its Mi-24 and US-made Bell 206 helicopters.

Bulgaria got the MiG-29s when it was a communist country, a member of the Warsaw Pact. A member of Nato since 2004, Bulgaria now is in negotiations for the big-ticket (how big a ticket remains to be decided) acquisition of Lockheed Martin F-16s.

Those negotiations and their outcome pending, Bulgaria’s Graf Ignatievo Air Force Base will be the place to be to see commemorations of the 30th anniversary of the Bulgarian Air Force’s first acquisition of the MiG-29s, of which a few remain serviceable and which are costing serious tax leva to keep them in the air, pending the arrival – whenever that may be – of Nato-compatible, serviceable, modern multi-role fighter jets.

By coincidence and not by design, the show of the Soviet-made fighters will take place around the time that a team from the US is due to arrive to negotiate the parameters of the acquisition of the F-16s. The price tag on the latter is said, going by statements by Bulgaria’s Prime Minister, to be a cool 2.2 billion leva. Still, the talks with the Americans are not over.

Awkwardly, the head of state and commander-in-chief, President Roumen Radev, himself a skilled fighter pilot, has cautioned against stripping out capabilities of the new fighters so as not to have them not really worth the paycheque. But whatever Radev’s skills at the joystick, he is also a regular critic of the government, elected on an opposition ticket, and that should be taken into account.

There is always something crotchety about Radev, in his public statements; an acerbic, aggressive tone; for all his former substantive rank of major-general, he always comes across as a corporal, bitterly addressing us, his squad, having been passed over for promotion to sergeant for the 18th time. Still, when it comes to fighter jets, as opposed to public rhetoric, he knows his stuff.

Then there is the small matter of post-sale maintenance costs, not included in the initial price, or so customary practice in such acquisitions tends to be. Whatever. Perhaps the air show of the ageing, clunky, MiG-29s will focus the minds of the necessity for the Bulgarian Air Force to have something newer, whether – the current choice – a flying Cadillac, or the now second-ranked (it was not always so), Sweden’s Saab Gripen, the choice previously favoured by Bulgaria’s military aviation experts, before for reasons of geopolitics, the F-16s gained altitude.

The Defence Ministry informs us that in celebration of the anniversary of the coming into service of the Bulgarian Air Force’s MiG-29s, there will be a commemorative postage stamp, and the premiere of a film dedicated to the story of the aircraft.

On June 28, at 4pm, (16h00 for the military types) there will be two more important anniversaries at the Military Club in Plovdiv: 40 years since the coming into service of the Mi-24 helicopter, and of the Air Force’s first Bell 206 helicopter. The latter has a chequered history in terms of its acceptance into service by the US military. The former, quite a CV as the gunship of Soviet forces.

Either way, for those who wish to make their way to Graf Ignatievo military air field on June 29, there will be much to see, even though much of it will be on the ground, and not in the air. There will be some sort of air show; perhaps less impressive than the putative ones that future years may hold, once the decisions are made, aircraft commissioned, pilots and ground crew trained, taxpayers billed, and fighter jets of more than retro and increasingly antiquated interest take to Bulgarian skies. It may take a while. Surely, it should be worth it, for those who like that kind of thing.

Perhaps even, in years to come, those who make it to the show of MiG-29s this Friday, and Saturday afterwards (there may, after all, be something to see) will one day show them to their children in an air museum, perhaps soon, perhaps not, and reminisce how they saw them (the MiG-29s, not the children) lumber into the southern Bulgarian skies, one sweltering day in June 2019.

Only the most awkward child might ask, Daddy, Nils has a Saab and Jack has an F-35, how come we still have a Lada? Silence, child, Mikhail has a Sukhoi S-57. 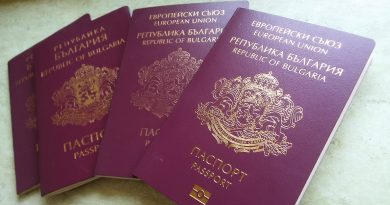 Bulgarian citizenship granted to 2566 in first six months of 2019 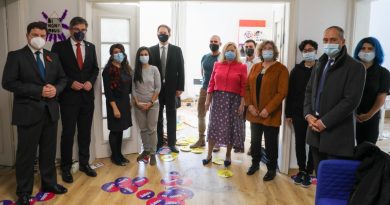