GDP per capita, expressed in Purchasing Power Standard, in Bulgaria was the lowest in the European Union in 2018, at half the EU average.

This is according to figures released on June 19 by EU statistics agency Eurostat.

The Purchasing Power Standard (PPS) is an artificial currency unit that eliminates price level differences between countries. Thus one PPS buys the same volume of goods and services in all countries. This unit allows meaningful volume comparisons of economic indicators across countries.

In 2018, GDP per capita expressed in PPS ranged between 50 per cent of the EU average in Bulgaria and 254 per cent in Luxembourg.

Bulgaria also ranked bottom in the EU in Actual Individual Consumption (AIC), a measure of material welfare of households.

In international volume comparisons of consumption, AIC is often seen as the preferable measure, since it is not influenced by the fact that the organisation of certain important services consumed by households, like health and education services, differs a lot across countries.

Bulgaria’s AIC per capita in 2018 was 44 per cent below the EU average, Eurostat said.

The highest level in the EU was recorded in Luxembourg, 32 per cent above the EU average.

Germany was about 20 per cent above, followed by Austria, Denmark, the United Kingdom, the Netherlands, Finland, Belgium, Sweden and France, which all recorded levels between about five per cent and 15 per cent above the EU average.

AIC per capita for 13 EU countries lay between the EU average and 25 per cent below. 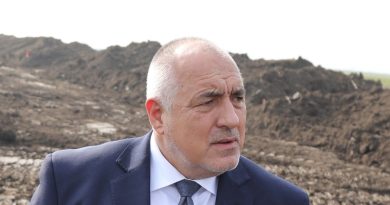