The NSI said that largest share of income was from wages and salaries, 57.6 per cent. Income from pensions was close to 28 per cent and from self-employment 6.4 per cent, the NSI said.

As to total spending average per household member in Q1 2019, most was on food, 30.2 per cent, followed by housing, 18.2 per cent, taxes and social insurance contributions, 14 per cent, and transport and communication, 12.1 per cent.

Compared with Q1 2018, spending on food and non-alcoholic beverages was up by 10.2 percent, on alcoholic beverages and tobacco by 9.9 per cent, on clothing and footwear by 19.6 per cent, and on housing (water, electricity, heating, furnishing and maintenance of the house) by 9.4 per cent.

Spending on health was up by 12 pe cent and on transport and communication by 13.3 per cent. Expenditure on taxes and social insurance contributions increased from 177 leva to 196 leva, by 10.2 per cent, the NSI said. 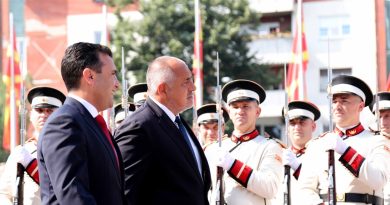