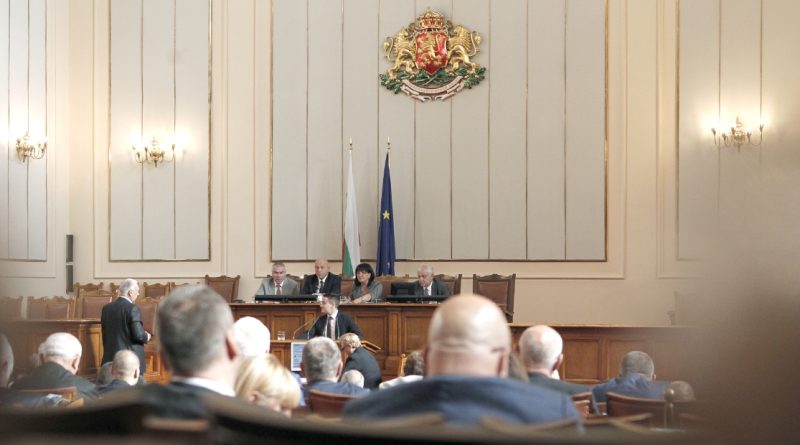 Bulgaria’s National Assembly voted on April 10 to accept the resignation of Delyan Dobrev as an MP for Prime Minister Boiko Borissov’s GERB party, in one of the latest developments in the controversy over allegations about cut-price property deals that has been rocking the country’s ruling coalition.

The controversy has led to a number of resignations of senior GERB members from elected posts, and is the subject of official investigations. All concerned deny wrongdoing. Polls show that Borissov and GERB have been damaged by the controversy, which comes in the run-up to Bulgaria’s May 2019 European Parliament elections.

Dobrev submitted his resignation after media reports about property deals involving his family and a close friend. He said in an April 10 television interview that he was quitting Parliament because he was tired of defending his name against all kinds of speculation.

A day earlier, Dobrev said that the reports were “fake news”.

Evgeni Konsulov, who had been best man at Dobrev’s wedding and who was named in the media reports, denied that the property transactions had not been at market prices.

Dobrev’s resignation was approved with 96 votes in favour, seven against and three abstentions.

GERB MP Georgi Markov voted against, saying that Dobrev was an honest man and asking whether MPs should be homeless.

Valeri Simeonov and MPs from his National Front for the Salvation of Bulgaria party – part of the United Patriots, the minority partner in government – also voted against. Simeonov said that with so many resignations, eventually the question of the resignation of Borissov himself would be raised.

Simeonov criticised Borissov, saying that the Prime Minister did not care about the capacity of the National Assembly and the executive. Dobrev – a former economy and energy minister – was a specialist in this field, Simeonov said.

“For the next National Assembly, no one who owns an apartment, or God forbid a business, would think of standing,” Simeonov said. “Members of Parliament would have to be candidates who are people of low standing, who have no property, people who sleep under the bridges of the Perlovska River and people who are junkies.”

Of Borissov, Simeonov said: “After all, when you massively force members of your party’s leadership to resign, the question of your resignation ultimately arises”.

“In other words, we are witnessing a dumbing down of politics, unfortunately, with media support,” he said.

At the April 10 sitting, two GERB MPs were sworn in. Liliana Radeva was sworn in as the successor to Danail Kirilov, the former head of the legal affairs committee who last week was voted in to replace Tsetska Tsacheva as Justice Minister.

Ralitsa Dobreva was sworn in to replace Ivailo Moskovski, who has left for a foreign posting. Dobreva is not quite a new MP. She had left to make room for Tsacheva as an MP, but Tsacheva will not return to Parliament following her departure from the Cabinet, reportedly on the orders of Borissov.

The opposition Bulgarian Socialist Party (BSP), which is boycotting Parliament, will not return to argue for its petition for the dismissal of Plamen Georgiev as head of the anti-corruption commission.

The BSP also had tabled its own version of an anti-corruption law, which was defeated in favour of that tabled by the ruling majority. President Roumen Radev, elected on a ticket backed by the BSP and who is a regular critic of Borissov’s government, vetoed the ruling coalition’s version but the majority in the National Assembly voted to overturn his veto.

Georgiev was appointed to the post in early 2019, defeating a rival nominated by the BSP. When the apartments controversy began, the matter was referred to the commission he heads. After Georgiev himself was named in media reports about property matters – he, too, denies wrongdoing – he took leave pending the outcome of the investigation.

Since the apartments controversy began, Radev again has criticised the anti-corruption law and the leadership of the anti-corruption body, saying that he had no confidence in Georgiev. Radev convened a meeting of the Consultative Council on National Security on April 8 on high-level corruption, but the meeting came to nothing, and was denounced by critics as a pre-election stunt designed to help the BSP.

Speaking to Bulgarian National Radio on April 10, BSP MP Philip Popov said that the party wanted to change not only the leadership of the anti-corruption commission, but also the law itself.

It did not matter whether the BSP was in the plenary or not, he said. Popov reiterated the BSP view that the current Parliament had run its course, and he repeated the party’s call for the resignation of Borissov and early parliamentary elections.

“This law changes every week or so. It may be, after the Road Traffic Act, the most-amended law in Bulgaria. This shows its bankruptcy and inability to achieve what it was created for,” Popov said.

(Photo of the April 10 sitting of the National Assembly: parliament.bg) 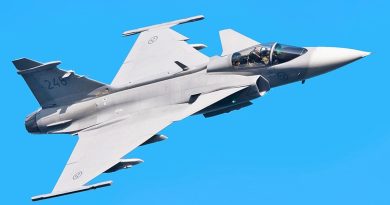