Bulgarian Parliament voted on March 6 to overturn President Roumen Radev’s veto on amendments to the country’s Electoral Code in a rare show of unanimity for the National Assembly, assisted by the continued absence of opposition socialists from parliamentary benches.

The motion carried with 154 MPs in favour, none opposed and no abstentions, and was preceded by a two-hour debate on the veto, during which the socialists were repeatedly criticised for their decision to quit parliament.

Socialist MPs have been absent in protest over the Electoral Code amendments, passed during a marathon session on February 14. On the eve of the vote on the motion to overturn the veto, the party said that it would consider returning to Parliament if Radev’s veto was allowed to stand.

Such an outcome was always unlikely, even as Prime Minister Boiko Borissov’s party GERB backtracked on the issue of preferential voting, which was rendered all but meaningless by the bill, because Radev’s veto included several other provisions that the government coalition is still determined to keep in place.

Among the provisions vetoed by Radev were those that changed the rules for appealing decisions by electoral authorities, as well as limiting which decisions can be appealed, but also the clauses on machine voting.

Under the amended bill, Bulgaria will begin a phased introduction of machine voting (replacing the current practice of using ballot papers), but only at 3000 precincts in the European Parliament elections in May. Additionally, no voting machines are to be used in small precincts with fewer than 300 electors – this being the provision that Radev vetoed.

Now that MPs have overturned the veto as a whole, GERB plans to table new amendments to re-instate the previous thresholds, namely a five per cent validity threshold on preferential votes for European Parliament elections and seven per cent for national elections.

This was the 14th time that Radev exercised his veto power since taking office in January 2017, with Parliament overturning the veto in all but one case, when the provision in question was withdrawn. 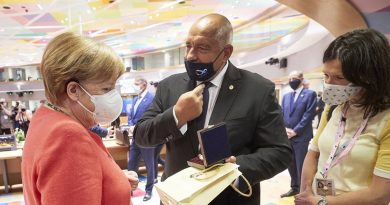 Bulgarians to get five days off at Christmas, six-day holiday in May 2014