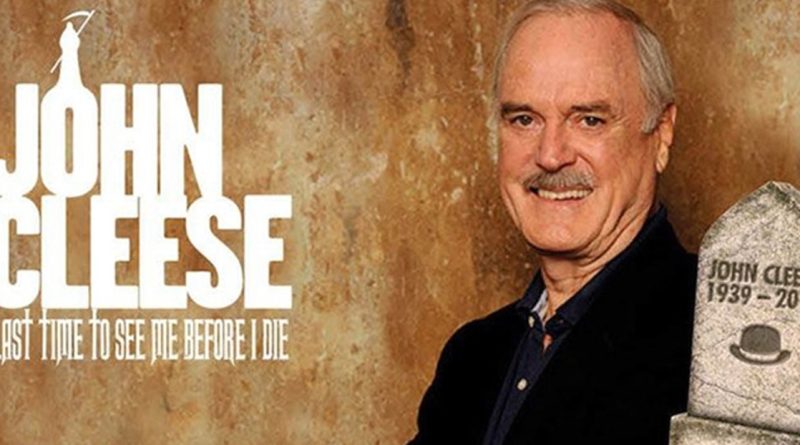 British comic genius John Cleese, perhaps best known for Monty Python’s Flying Circus and Fawlty Towers, is bringing his “Last Time to See Me Before I Die” to the National Palace of Culture in Bulgaria’s capital Sofia on September 4 2019.

Born in Weston-super-Mare, at university Cleese was involved in the renowned Cambridge Footlights society.

His long career includes Monty Python’s Flying Circus, which was broadcast for four seasons on BBC Television from October 1969 to December 1974, and the 1970s television comedy cult classic Fawlty Towers, in which he played irascible hotelier Basil Fawlty. Cleese also had a brief spell as Q (initially, “R”) in the James Bond franchise, opposite Pierce Brosnan.

His show “Last Time to See Me Before I Die” involves Cleese’s recollections of his life and career, to the accompaniment of numerous video clips for two hours.

Cleese is not yet pining for the fjords. But remember: Whenever two or three are gathered in his name, there they shall perform the Parrot Sketch.