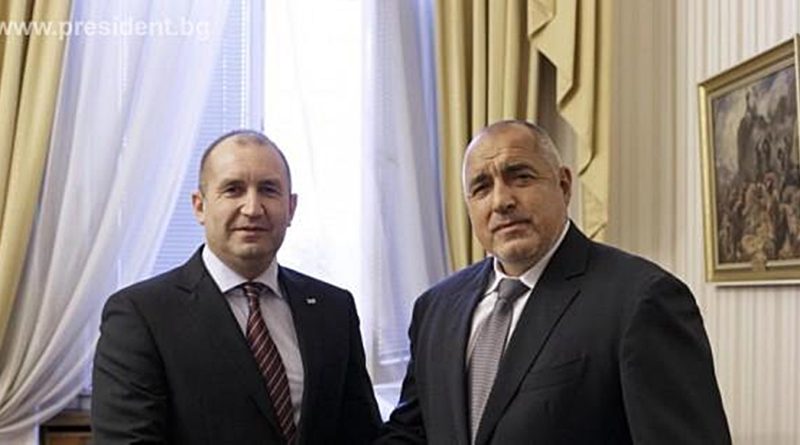 Radev, elected on the ticket of the opposition Bulgarian Socialist Party, has been a regular public critic of Borissov and his government over numerous issues and has given the appearance of sympathising with current anti-government protests.

Borissov’s centre-right GERB party, the majority partner in the coalition government, has derided Radev – especially in regular comments against Radev by GERB parliamentary leader Tsvetan Tsvetanov, and has said that Radev and the BSP are instigators of the protests.

Radev also has regularly used his limited power of veto against a number of items of GERB-backed legislation, only to see this veto overturned, so far in all cases but one, in the National Assembly.

Some days ago, GERB asked to meet Radev to discuss with him issues of contentious legislation, but he turned down the approach, saying that he did want to “interfere in the legislative process”.

GERB criticised Radev for refusing to meet them, although he had held talks with BSP leader Kornelia Ninova about her party’s “vision for Bulgaria” document. A statement after the BSP-Radev meeting said that he and Ninova had found many points in common in their outlook.

On November 16, Radev publicly invited Borissov for talks, to discuss corruption and economic development issues in the country.

A few hours later, the government information service said that Borissov was accepting the invitation. Borissov expressed hope that Radev could be briefed on his government’s four-year governance programme, as well as the European Commission’s newest report under the Co-operation and Verification Mechanism. Borissov has been keen to talk about the November 2018 CVM report, because of the bolster it represents for his government.

It has not yet been announced when the Borissov-Radev talks will be held.

In recent days, there have been traffic disruptions in Bulgaria because of protests over “high fuel prices”. These protests are aimed at getting Borissov’s government to resign. The government has responded by saying it is the market, not the government, that determines the petrol price. It also has held talks with fuel retailers about steps to lower the price.

Some Bulgarian media reports have alleged that some of the figures prominent in the “fuel price” protests have ties to organised crime, while at least one was also prominent in the February 2013 protests, mobilised around high electricity bills, that brought down Borissov’s first government.

On November 16, what was billed as a three-day protest began in the morning in Sofia, directed at the resignation of the government and the convening of a Grand National Assembly. The weekend also was expected to see further traffic disruptions on motorways and important city roads by the “fuel price” protesters. 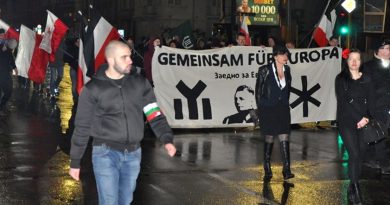