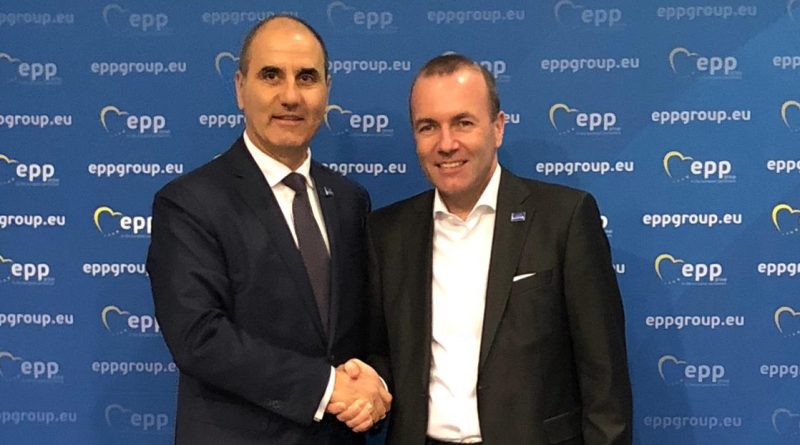 A GERB delegation headed by Borissov is in Finland’s capital Helsinki for the conference of the EU-wide European People’s Party that is to choose its spitzenkandidat for the 2019 European Parliament elections. The decision is expected on November 8.

Tsvetanov and mayors of Bulgarian cities elected on GERB tickets met Weber, currently the head of the EPP group in the European Parliament.

“Your years of experience will be invaluable for the EU in dealing with the current challenges facing the Union, such as security, migration and Brexit. Besides, you are also a great friend of Bulgaria,” Tsvetanov told Weber, according to a statement by GERB.

“The most important thing is to achieve results for the benefit of the citizens and that is why I welcome the efforts of the state and local authorities in Bulgaria to raise the quality and standard of life of the people,” Weber said, according to the statement.

Weber said that during his visits to Bulgaria, with Borissov and Tsvetanov, he had been persuaded that Bulgaria was protecting the EU external border well and was contributing to the security of all European citizens.

“I am confident that the good results of the European elections will be a good springboard for the local vote in Bulgaria later in 2019,” Weber said, and expressed thanks for the support of the Bulgarian delegation from GERB for his candidacy.

The cordiality in the Bulgarian support for Weber is in contrast to the tensions in October when Weber was among top EU figures to criticise the country by linking the murder of television presenter Viktoria Marinova to the below-par state of media freedom in Bulgaria. A Bulgarian investigation established that the killing of Marinova was not linked to her work.

Borissov, irritated at the criticism of his country, hinted at the time that his party might withdraw its support for Weber. He said that he would discuss the matter when in Helsinki for the November 7 and 9 EPP congress.

(Photo of Tsvetanov and Weber: gerb.bg)