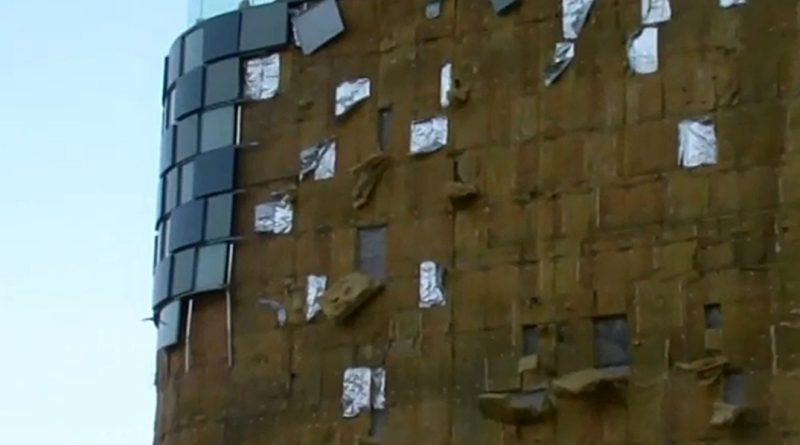 A strong wind pulled off most of the façade of a shopping centre in town of Blagoevgrad in Bulgaria on the evening of September 24, as the country was hit by the first of forecast gusting winds that led to a warning of potentially hazardous weather.

At about 6pm, the façade on the eastern side of the building fell, followed minutes later by part of the southern façade. First reports said that while the mall was crowded at the time, at the close of Bulgaria’s three-day Independence Day weekend, it did not seem that anyone had been injured.

Emergency rescue service staff were clearing the debris to establish if there was anyone underneath.

Those inside the mall at the time of the collapse of the façade were evacuated via one of the rear entrances to the mall.

The façade was installed in 2014, according to local media.

By the late afternoon of September 24, the wind was strongest in north-western Bulgaria. Most affected was the district of Montana, where the wind felled trees and branches as well other objects, while 3000 households in the district had no electricity.

All of Bulgaria is subject to a “Code Yellow” weather warning for September 25 because of strong winds, while the country is set for sharply dropping temperatures with the entry of a cold front.