The Soviet Army monument in central Sofia was daubed with paint in the early hours of September 9 2018, the seventy-fourth anniversary of the invasion of Bulgaria that led to the country’s communist era.

White paint was splashed on an inscription on the façade of the monument and car oil in front of it.

Police were deployed to the site and staff of Sofia municipality were sent to clean the monument, which on the evening of September 9 was to be one of the centrepieces of commemorations by the Sofia branch of the opposition Bulgarian Socialist Party, lineal successor to the Bulgarian Communist Party.

In the decades since the fall of the communist regime, September 9 – which under communism was a public holiday – has been a divisive date in Bulgaria, between those who see the Soviet invasion as a liberation and those who see it as having heralded decades of repression.

The September 9 1944 installation of the Fatherland Front government was the culmination of events that had started a few days earlier, with the Soviet Union’s declaration of war on Bulgaria, which had been an ally of Hitler’s Nazi Germany – although, in spite of this alliance, Bulgaria was alone among European countries in refusing to hand over the country’s Jews to join the more than six million others murdered in Nazi Holocaust death camps.

Soviet troops were withdrawn in 1947, apparently because the post-war communist regime in Sofia was seen as sufficiently loyal as to not require an occupying military presence from the USSR.

In the first years of the communist regime, “People’s Courts” were staged, following on the extra-judicial murders that had happened across Bulgaria amid the takeover – with military officers, priests, mayors, journalists and intellectuals targeted in particular – leading to large-scale executions and imprisonments. While the figures are disputed, about 30 000 Bulgarians are estimated to have died as a result of the Soviet and communist takeover.

The events of September 9 1944 again were a source of controversy in November 2017, when Russia claimed that it was the Soviet invasion that had prevented the handover of Bulgarian Jews to the death camps of the Holocaust, a claim that caused outrage in Bulgaria.

The Soviet Army monument in Sofia has been daubed repeatedly over the years, in a succession of incidents including, among others, re-painting it in protest against Russia’s illegal occupation of Crimea, in recollection of the Soviet suppression of the Prague Spring, and some years ago, re-painting the figures on the frieze as various figures from popular culture, from Superman to Ronald McDonald. 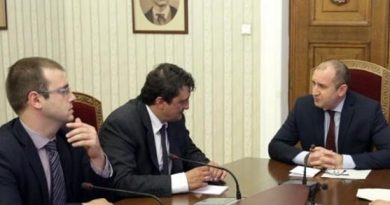 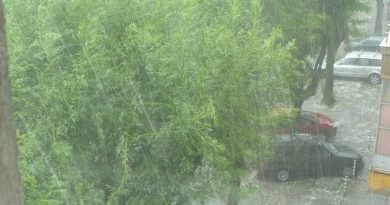