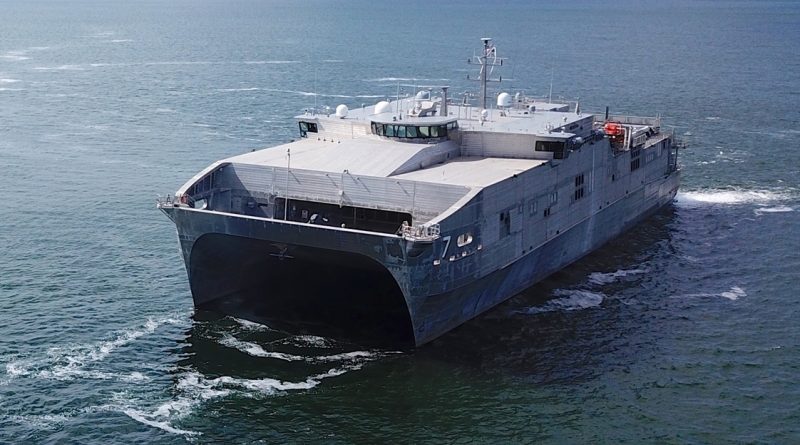 The USNS Carson City docked in the Bulgarian port of Varna on August 27 for a visit that will continue until August 29 and is part of the vessel’s first operations in the Black Sea.

The Carson City is the first high-speed vessel of its kind to travel the Black Sea in support of US Army Europe operations, the US Sixth Fleet said.

The “USNS” in its name means that it is a Navy-owned, but civilian-staffed ship of the Military Sealift Command. The civilian master of the USNS Carson City, Captain Jonathan Keffer, is due to hold a news conference in Varna on August 28.

Carson City (T-EPF 7) is a Spearhead-class expeditionary fast transport, a high-speed, shallow draft vessel that can hold up to 600 short tons, sail across 1200 nautical miles at an average speed of 35 knots. The vessel’s role is to support joint and coalition force operations for the Army and Navy by transporting troops, military vehicles, supplies and equipment.

The vessel transited the Bosporus Strait on August 15 en route to the Black Sea for routine operations.

“Carson City will be conducting routine operations in accordance with its primary mission of providing rapid transport of military equipment and personnel in theater,” the Sixth Fleet said.

Carson City is the seventh of nine expeditionary fast transport ships in Military Sealift Command’s inventory of a planned total of 12. All EPFs are 338-foot-long aluminum catamarans, complete with a 20 000 square foot reconfigurable mission bay area.

The ship also features a flight deck capable of landing a CH-53 helicopter, a slewing stern ramp for vehicle access to the mission deck and seating for 312 passengers.

All EPFs are designed to transport 600 short tons of military cargo 1200 nautical miles at an average speed of 35 knots. 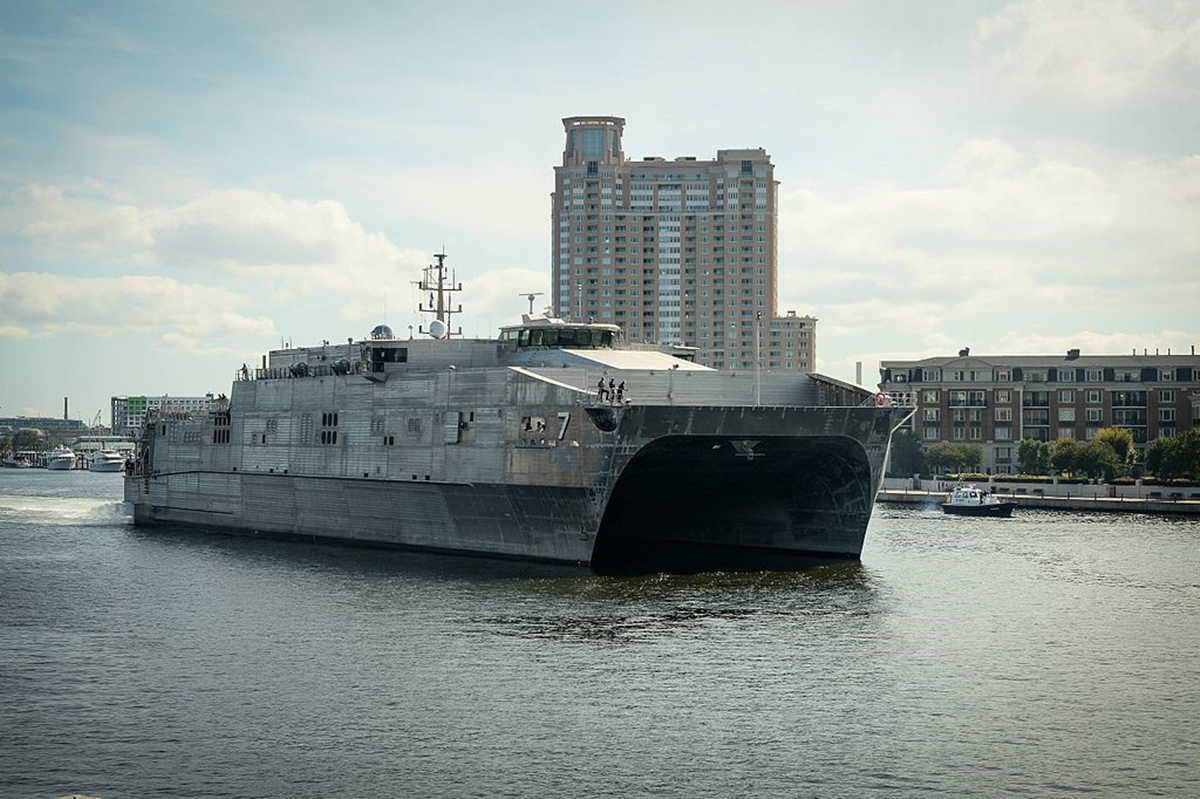 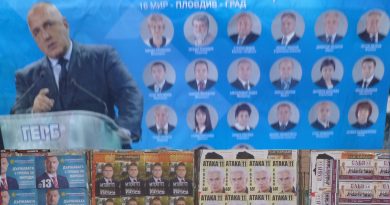