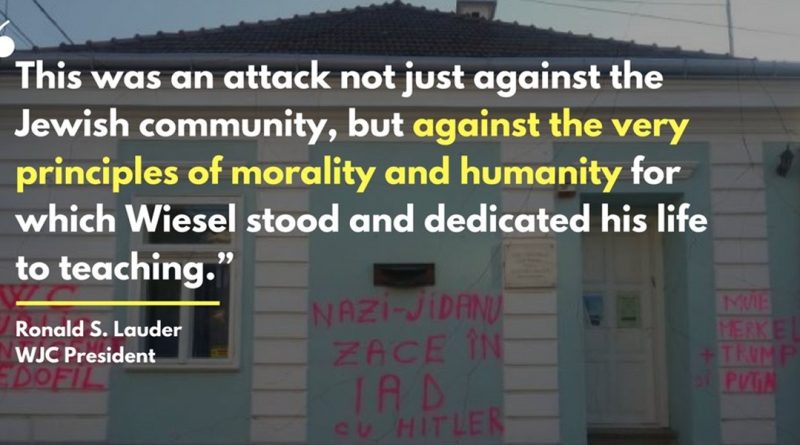 In Romania police are investigating anti-Semitic graffiti at Auschwitz survivor and Nobel laureate, Elie Wiesel’s (who died in 2016) childhood home in order to find out who sprayed it.

Wiesel’s family home is a small place situated in the Romanian town of Sighetu Marmatiei, and is a protected historical monument.

The graffiti was made last Friday night, local police sources say and local authorities removed it quickly. “A police spokesperson said investigators were studying closed-circuit TV footage from the town”, DW wrote whereas the World Jewish Congress (WJC) denounced the incident by posting this tweet on Twitter: “The WJC strongly condemns the despicable anti-Semitic vandalism of Holocaust survivor and Nobel laureate Elie Wiesel’s home in Romania. We stand with our community in welcoming the quick start of the investigation and hope that justice will swiftly be served.”