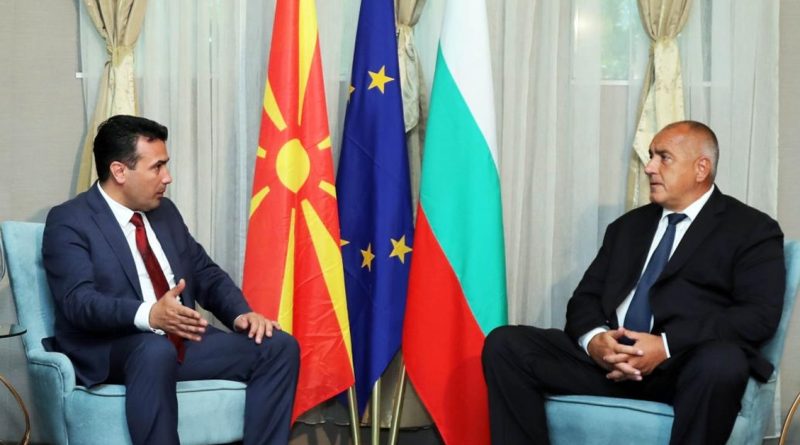 Bulgarian Prime Minister Boiko Borissov and his counterpart from the Republic of Macedonia Zoran Zaev held their second joint commemoration on August 2 2018 of the 1903 Ilinden–Preobrazhenie Uprising.

The meeting of the two government leaders in the Bulgarian town of Blagoevgrad also marked the first anniversay of Borissov and Zaev signing the treaty of good neighbourliness between Bulgaria and Macedonia, subsequently ratified by both countries’ parliaments and which came into effect in February 2018.

Borissov and Zaev held talks before heading to Blagoevgrad’s Macedonia Square to pay tribute at a monument to Gotse Delchev, the VMRO leader who died in a clash with Ottoman forces in May 1903 while involved in the planning of the coming uprising.

The Ilinden–Preobrazhenie Uprising was a rebellion against Ottoman rule in the Macedonian and Edirne region of Thrace, in which a force of about 26 000 rebels went into combat against Ottoman forces estimated to have numbered about 350 000. The rebellion, vehemently put down by the Ottomans, saw the deaths of close to 1000 rebels and more than 4500 civilians and a massive displacement of ethnic Bulgarians who fled to the territory of the then Principality of Bulgaria.

The history of the uprising and of figures such as Gotse Delchev have been contested between Skopje and Sofia for decades, including during and after the respective communist eras in Bulgaria and the former Yugoslav republic.

However, with the official warming of bilateral relations over the past more than a year, Bulgaria and the Republic of Macedonia are seeking deeper formal dialogue over shared history, including through the formation of a joint commission on such issues.

Covid-19 in Bulgaria, April 27: From figures to fibs