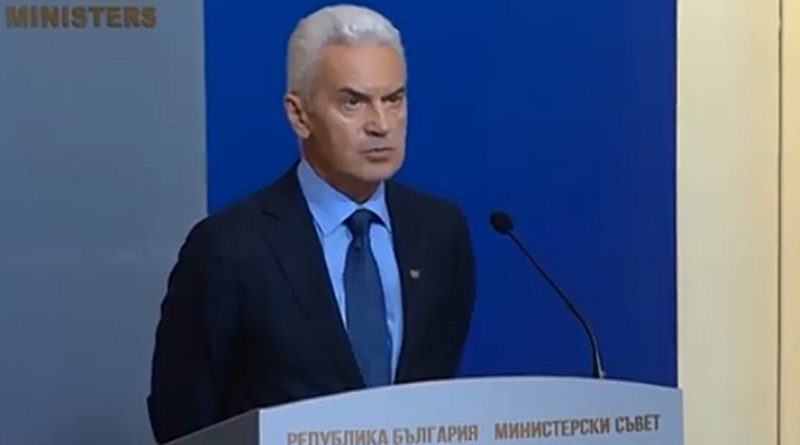 An emergency meeting of the coalition council of the parties in Bulgaria’s government was called on July 26 to try to resolve the conflicts in minority partner the United Patriots.

Earlier on July 26, Ataka leader Siderov alleged to reporters that in the United Patriots’ room in Parliament, he had been pushed by Valentin Kassabov, of Simeonov’s National Front for the Salvation of Bulgaria party.

The alleged assault, which Kassabov denied happened, followed weeks of open tensions between Siderov and Simeonov, and came a day after Kassabov accused Siderov of failing as the parliamentary leader of the United Patriots and being someone who could not distinguish fantasy from reality.

Employees of Siderov’s mouthpiece cable television channel, Alfa Ataka, claimed to have footage of the alleged assault, but declined to show it to reporters in Parliament.

Siderov told journalists that on entering the United Patriots’ room, he had challenged Kassabov to say why he was there, if he did not recognise Siderov as the group’s leader. “If he does not consider me to be such, he should leave, go somewhere else, find himself another chairman, but I am legally, formally, the chairman of this group.”

Siderov said that he saw Kassabov as a mouthpiece for Simeonov: “He (Kassabov) has no capacity for independent intellectual activity”.

Bulgarian media said that at the time of the incident, shouting had been heard from inside the United Patriots room in the National Assembly, and Kassabov had shouted at Ataka MPs: “lobbyists”.

The tensions within the United Patriots, a grouping of far-right and ultra-nationalist parties, revolve in part around different allegations by Simeonov and Siderov that legislation that the other backs are motivated by serving specific business interests.