Bulgaria’s Finance Ministry said that the consolidated Budget surplus for the first five months of 2018 was 1.42 billion leva, or 1.4 per cent of this year’s estimated gross domestic product, falling short of the ministry’s 1.45 billion leva forecast issued last month.

The state Budget had a surplus of 1.7 billion leva and the EU funds deficit was 281.8 million leva. Bulgaria’s contribution to the EU budget for the first five months of 2018 was 456.5 million leva.

Revenue in January-May was 15.98 billion leva, up from 14.72 billion leva in the same period of last year. The Finance Ministry said that tax and non-tax revenue was up by 9.3 per cent, while the amount of aid received by the budget was lower, mainly due to the high amount of EU payments made in the early months of last year, which set a high baseline for this year.

Tax revenues were up by 9.9 per cent compared to the first five months of last year, at 13.41 billion leva.

Budget spending was 14.56 billion leva in January-May, up from 13.03 billion leva in the same period of 2017. In part, that was due to higher pension and health insurance payments resulting from the pension hike in July 2017, the higher spending in the education sector and increased capital expenditure (financed mainly using EU funds), the ministry said. 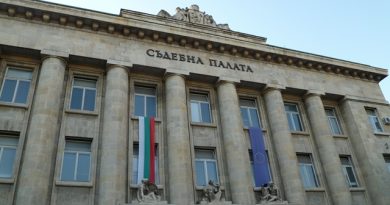