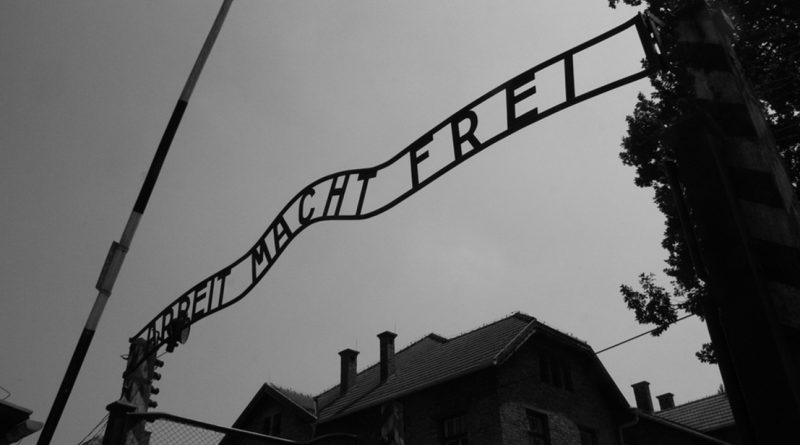 Israeli Prime Minister Benjamin Netanyahu said on June 27 that he was pleased that the Polish government, the parliament, the senate and the president of Poland had decided to completely rescind parts of the recently legislated law that caused cause uproar and distress in Israel and in the international community.

“Our ties with Poland are very important and are based on trust. Israel and Poland share the responsibility of upholding the memory of the Holocaust. It is clear to all that the Holocaust was an unprecedented crime which was perpetrated by Nazi Germany against the Jewish nation, including the Jews of Poland. The Polish government has expressed understanding of the significance of the Holocaust as the most tragic chapter in the history of the Jewish people,” Netanyahu said.

Polish MPs approved on June 27 approved, by 388 votes to 25 with five abstentions, amendments tabled by Prime Minister Prime Minister Mateusz Morawiecki to a controversial Holocaust speech law, removing potential jail penalties for anyone who suggested the country was complicit in Nazi crimes against Jews.

In a joint statement, the governments of Israel and Poland said: “Over the last thirty years, the contacts between our countries and societies have been based on a well-grounded trust and understanding. Israel and Poland are devoted, long-term friends and partners, cooperating closely with each other in the international arena, but also as regards the memory and education of the Holocaust.

“This cooperation has been permeated by a spirit of mutual respect, mutual respect for identity and historical sensitivity, including the most tragic periods of our history.”

Netanyahu said that following his telephone conversation with Morawiecki, “Israel welcomes the decision taken by the Polish government to establish the official Polish group dedicated to the dialogue with its Israeli partners on historical issues relating to the Holocaust”.

It’s obvious that the Holocaust was an unprecedented crime, committed by Nazi Germany against the Jewish nation, including all Poles of Jewish origin, the statement said.

“Poland has always expressed the highest understanding of the significance of the Holocaust as the most tragic part of the Jewish national experience.”

We believe that there is a common responsibility to conduct free research, to promote understanding and to preserve the memory of the history of the Holocaust, the statement said.

“We have always agreed that the term ‘Polish concentration/death camps’ is blatantly erroneous and diminishes the responsibility of Germany for establishing those camps.”

The wartime Polish government-in-exile attempted to stop this Nazi activity by trying to raise awareness among the Western allies of the systematic murder of the Polish Jews.

“We acknowledge and condemn every single case of cruelty against Jews perpetrated by Poles during World War II. We are honoured to remember heroic acts of numerous Poles, especially the Righteous Among the Nations, who risked their lives to save Jewish people. We reject the actions aimed at blaming Poland or the Polish nation as a whole for the atrocities committed by the Nazis and their collaborators of different nations,” the joint statement said.

“Unfortunately, the sad fact is that some people – regardless of their origin, religion or worldview – revealed their darkest side at that time”.

The statement went on: “We acknowledge the fact that structures of the Polish underground state supervised by the Polish government-in-exile created a mechanism of systematic help and support to Jewish people, and its courts sentenced Poles for collaborating with the German occupation authorities, including for denouncing Jews.

“We support free and open historical expression and research on all aspects of the Holocaust so that it can be conducted without any fear of legal obstacles, including but not limited to students, teachers, researchers, journalists and of course, the survivors and their families, who will not be subjected to any legal charges for exercising the right to free speech and academic freedom with reference to the Holocaust. No law can and no law will change that.”

The statement said that both governments vehemently condemn all forms of anti-Semitism and express their commitment to oppose any of its manifestations.

“Both governments also express their rejection of anti-Polonism and other negative national stereotypes.

“The governments of Poland and Israel call for a return to civil and respectful dialogue in the public discourse.”

The World Jewish Congress welcomed Morawiecki’s decision to recommend to parliament that it reopen discussions on its Holocaust Law so as to rescind criminal penalty for suggesting that Poles bore some responsibility for the destruction of Polish Jewry, WJC President Ronald S. Lauder said.

“The World Jewish Congress is pleased that the Polish government has recognised the untenable nature of its new Holocaust law, and that it is now taking the appropriate steps to amend one of the most problematic and dangerous clauses and remove the criminal penalties imposed by the law,” Lauder said.

“I have made clear in recent months, including in face-to-face conversations with both President Andrzej Duda and Prime Minister Morawiecki, our profound opposition to this legislation, which leads to an undeniable obfuscation of history and undermines democracy. The law as it stands now stifles any real discussion of the extent to which local Poles were complicit in the annihilation of their Jewish neighbors during the German occupation. It sets a dangerous precedent and is contrary to the values Poland has worked to uphold and promote,” he said.

“Poles are understandably upset when Nazi German annihilation and concentration camps are referred to as ‘Polish’ simply due to their location on German-occupied Polish soil, but it was an egregious mistake to criminalize those who do so, within the framework of a law that in its essence threatens Poland’s good name and international standing,” Lauder said. “To their credit, Polish scholars have not recoiled from researching these painful chapters in the history of their country. Their efforts must not be discredited or hindered.”

“Education, dialogue, and objective research, not criminalisation, are the key to understanding history and achieving mutual respect between our two nations which have a relationship dating back 1000 years. The World Jewish Congress welcomes the moves now being made by Poland’s leaders to rectify this inherently flawed law, and we urge it to carefully examine each of the clauses to ensure that historical integrity and democracy are reflected and respected,” Lauder said. 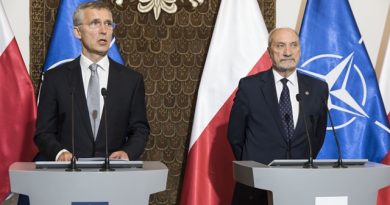 Nato to station four battalions in Poland and Baltic States 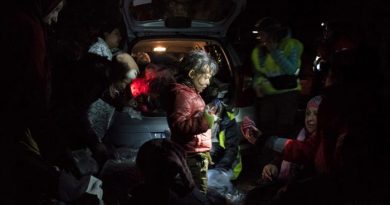